Another Christmas tradition for the Watson Family is the Polar Express.  We started in 2010, when Eli was barely a year old.  I have mixed feelings about when and how this will end. I know my kids will eventually outgrow it, so I'm in no rush for it to pass too quickly. 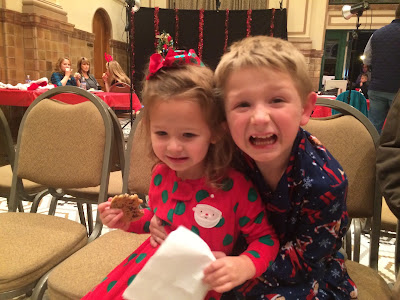 The Adkins family scored tickets for is this year, and we are so grateful because I totally forgot about it.  They didn't make it on the same train as we did, but we ended up knowing several families that night, so the kids were thrilled. 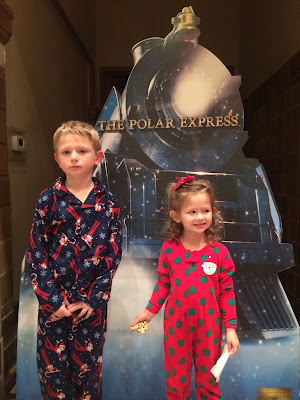 I know Eli looks like he hates his life in this picture, but I promise that he's just being a little overly dramatic.  That's what low blood sugar will do to you.  Ha! 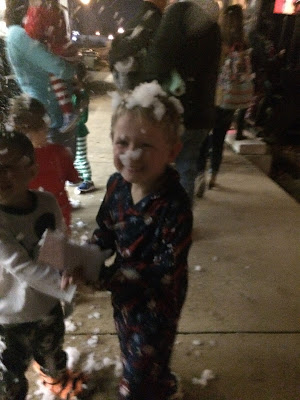 As we were leaving the station to board the train, they had some fake so.  As you can see, it was a mood lifter for a certain little guy. 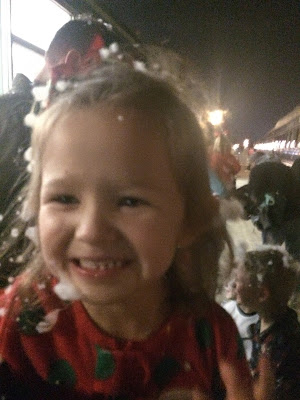 Ellie couldn't believe it either.  I love the expressions on their little faces. 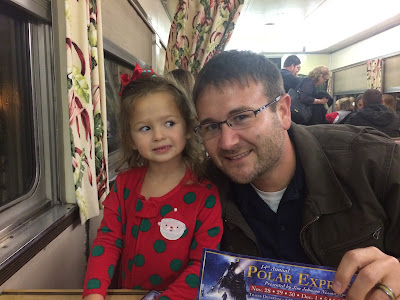 Speaking of expressions, check out Ellie in this picture.  Does she not look like such a little creeper? Haha! 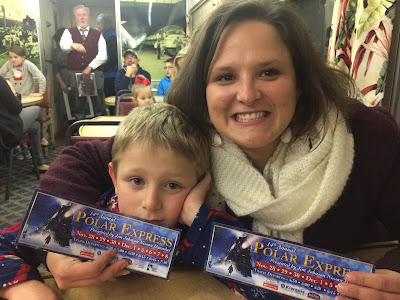 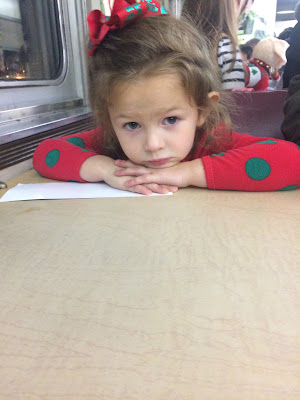 When you Board the train, a guest reads the book while volunteers on both ends of the train hold up pictures for the kids.  It's a simple process that works out very well and really holds the attention of the smaller ones in the audience. 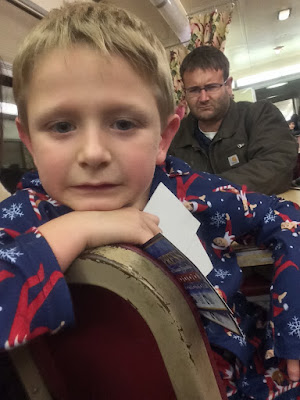 Of course, we older and more mature people take pictures and stage photobombs. 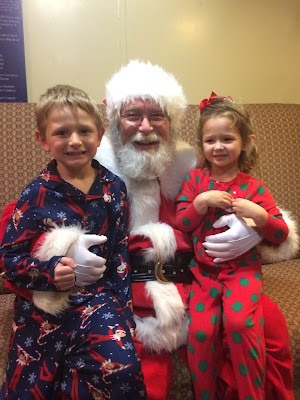 As the kids exit the train, Santa is waiting in the last car for pictures.  Ellie didn't remember this part, so she was super excited to see Saint Nick waiting on her as she exited. 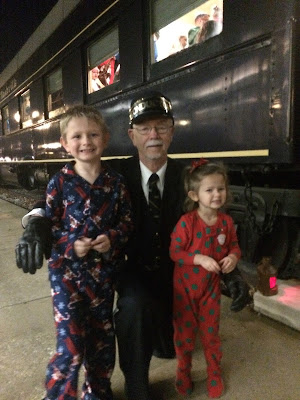 The conductor has to be my favorite.  Is he not amazing?  He's the perfect, most festive way to end the evening.  I hope to go at least a few more years so that Ellie can experience the magic.