Today was Eli's Christmas Party at school, and since I had a Board Meeting last night, I had enough hours in to be able to enjoy it.  I fully realize that my days of Christmas Parties are numbered because he'll be too cool for me all too soon. 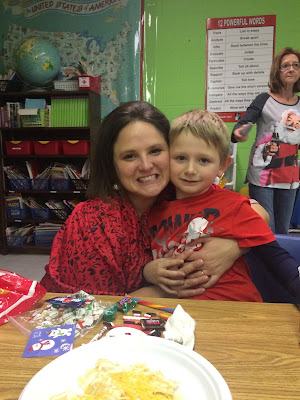 The class did a few games that were adorable to watch and lots of fun for the kids to play. First, they did a relay where they put Vasoline in their noses and tried to pick up a dot of red paper without using their hands.  It was so stinking adorable. 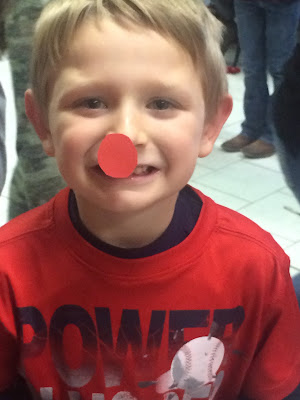 Then they divided into teams and made human snowmen by wrapping a classmate in toilet paper and designing an outfit for him/her to wear.  I'm just saying that there are some little fashion designers in the Second Grade. 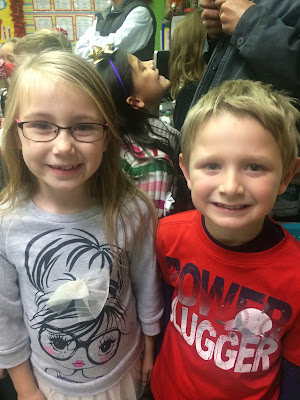 Their teacher had everyone bring a $5 gift card, which is so genius!  She read an embleshied version of the "The Night Before Christmas."  Every time she would say "left" or "right" they would have to move their present in that direction until the end of the story.  Whatever they had in their hand at that point was their gift to keep.  Eli made me get a Wal-Mart card, and he ended up with one himself.  It was so fun! 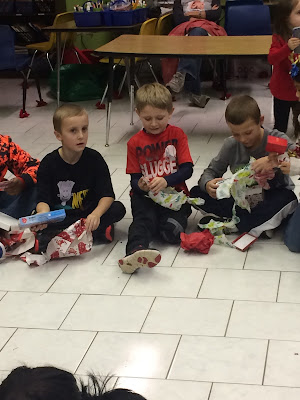 After making a trip to the Nacho Bar, Eli was ready to head home.  I checked him out a few minutes early, and we enjoyed a Mommy/Son date.  First, he got a much needed haircut.  After that we went to McDonald's to talk, but he ran into a friend so they played.  Ha!  We did a quick stop for groceries and had to get Ellie.  It was such precious time with him.