The Most Wonderful Time of the Year

Our first weekend of Christmas cheer started off with a bang.  Eric had been sick all week with a cold, so at the last minute we decided not to go to his Christmas Party for work.  I was a little bummed out, but the kids took it much harder because they didn't get to go see Mrs. Beth. Ha!  Worry not...we had Family Movie Night and watched Home Alone. 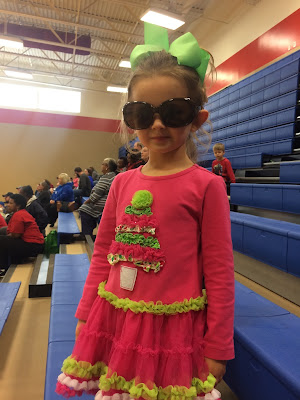 Saturday morning Ellie and I headed downtown to take some pictures of all the schools participating in the Christmas Parade.  It was the first time since 2010 that I haven't been in it, so I was a little bummed.  The reason for my absence was that Eli had his first basketball game of the season, which is a big deal! 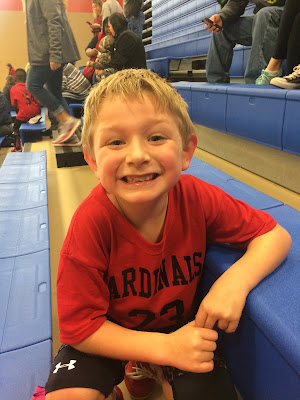 He had a great game, and I was so proud of him!  After the game, the kids and I headed home while Eric went hunting.  We went to a retirement party that afternoon, and then we had Family Movie Night again when we got home.  We watched Home Alone 2 cause that's what you have to watch the best sequel ever made.  We put the kids to bed a little early because we had to rest up for all the Christmas fun on Sunday and Monday.

I love the hustle and bustle!