Sick of Being Sick

Saturday marks exactly one month since illness struck the Watson home, and someone has been sick ever since.  Seriously, we were just at the pediatrician's office this afternoon.  It's almost comical at this point, and because of that,  I want to document this whole saga for my own sake.  I'm pretty sure that 20 years from now, I'll still be talking about it.  HA! 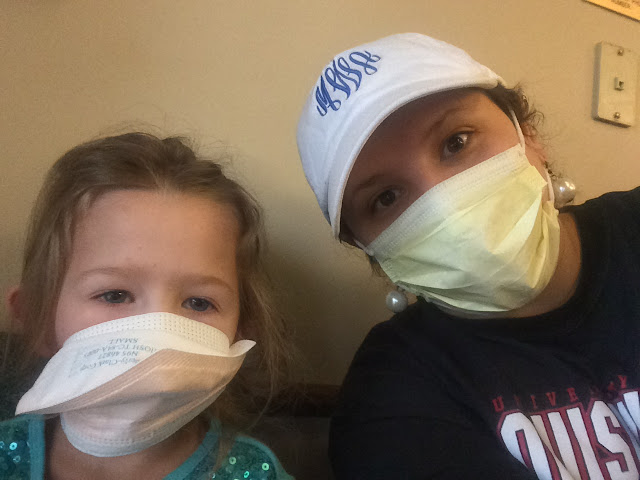 February 19 - Ellie is diagnosed with a respiratory infection: x-rays and labs are drawn

February 24 - Ellie is still sick, and we find out that she has bronchitis, double ear infection, sinus infection and the flu: gets injection to speed up recovery

March 15 - Eli has more labs drawn, including tests for kidney function due to high creatine

This looks super dramatic, but basically Eli's body is slowly recovering from having two viral infections (strep and flu) back-to-back.    Nonetheless, anytime your child is sick without a reason, it's emotionally draining to wait for answers.  I am TIRED, ya'll!  Not sleepy tired, but weary tired.  Bone tired...the kind that sleep doesn't help.

I refuse to wallow in this, however.  The Lord has worked on my heart so much throughout the past year and has stretched me in ways that I never knew was possible.  Because of that, I am learning that I have a choice in how I respond to all of this craziness.

I am choosing to see that I am blessed with two healthy babies. And despite a run of bad luck with a string of viruses, they are healthy. What a blessing!!  I'm not complaining about the extra snuggles either.

I also learned that Ellie is a super whiney and dramatic patient but rocks medical procedures.  Eli is just the opposite.  He's a sweet and charming patient but tends to lose his ever-loving mind when there's any mention of shots, swabs, needles, or medical tests.  I'm not joking about this.  Bless him!