The Birds And The Bees 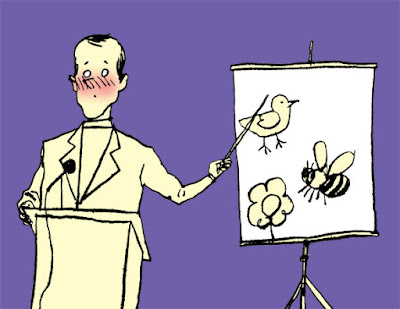 I have debated about whether or not I should post this story, but in the end I decided that it’s too funny not to share.  Plus, I’ll want to remember this one day in future, and we are all adults who could use a good laugh.

Before we start, let’s just get everything out on the table.  I am of the mindset that honesty is the best policy when it comes to approaching the tough stuff with our kids.  For example, when our dog died last month, there was no beating around the bush or talk of “doggie heaven.”  Nope…the dog died.  Let’s cry our tears and move on with life.  The same goes for anatomy.  I’m getting to a point on my parenting journey where I’m just calling “it” what “it” is.  It won’t be so cute when the kids go to college with weird names for their “you know whats.”  I’m cracking myself up right now because I can talk about it all day long, but I can’t bring myself to type the words…oh, double standard!

Anyway, a couple of months ago, my innocent little second grader said something off the cuff about “s-e-x.”  I about choked but stayed in the kitchen to listen to the conversation between my men as Eric addressed Eli’s little comment.  After dinner and baths, I decided to get to the bottom of it at bedtime.  So after tucking Ellie in for the night, I made my way to Eli’s bedroom to approach the topic. I don’t want my kids to be weird when it comes to talking about this kind of thing but I don’t want to over share anything either, so I decided to bring it up causally to see how much he knew about the subject.  Turns out that other than knowing the word “s-e-x” he was pretty much clueless.

Thankful to have dodged a bullet, I decided to take the moment as an opportunity to instill a little parental guidance. At the time, it seemed like a brilliant idea, but in hindsight probably wasn’t the best course of action.  I told him that “s-e-x” is like ice-cream. Oh yes, I did!  Ice-cream is a good thing that should be enjoyed, but we should follow the rules and only enjoy it after dinner.  “S-e-x” is also a good thing, but like ice cream, should only be enjoyed at the appropriate time…after marriage.

Feeling pretty confident, I asked him if he had any more questions. And, of course, he did.  He wanted to know if  it was inappropriate to say that a girl was “s-e-x-y,” only he said the word.  Again, I saw a teachable moment and threw out some wisdom about showing women respect when talking about them because he wouldn’t want anyone to say that about his mom or his sister.

Without missing a single beat he said, “Mom, I don’t think ANYONE would say that about you.”

Thank you, son.  I’m glad we had that little discussion, now excuse me while I go find what’s let of my self-esteem.
at 6:02 PM