Our second day at Walt Disney World was actually our first full day and it started off with breakfast at the Wave, which is located in Contemporary Resort.  Like always, I will circle back around and review the restaurants I mention, so be sure to check back if you like that sort of thing. 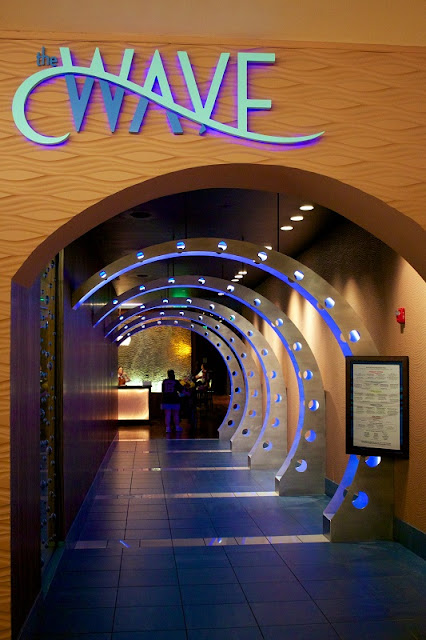 The Contemporary Resort is located right next to Magic Kingdom, so you can take a bus from your resort to Magic Kingdom and then walk or catch the monorail over to the resort for your reservation, which is something to keep in mind when planning your meals. 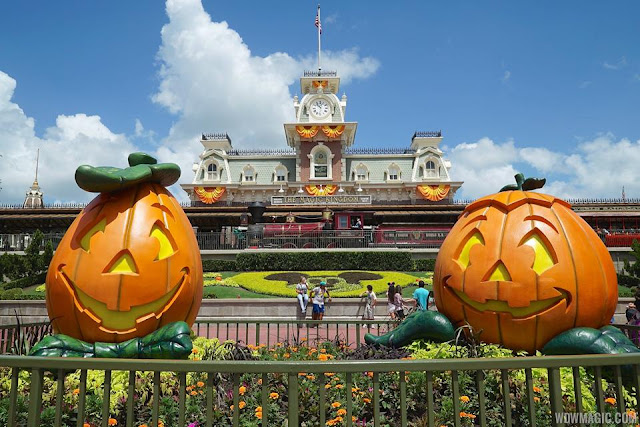 After breakfast, we headed over to the festively decorated Magic Kingdom where we rode the Magic Carpets, Big Thunder Railroad, Pirates of the Caribbean, "Philharmagic," and Haunted Mansion.  They are some of our favorites and it was nice getting to ride together instead of having kids smashed between us.   Although, we greatly missed our babies. 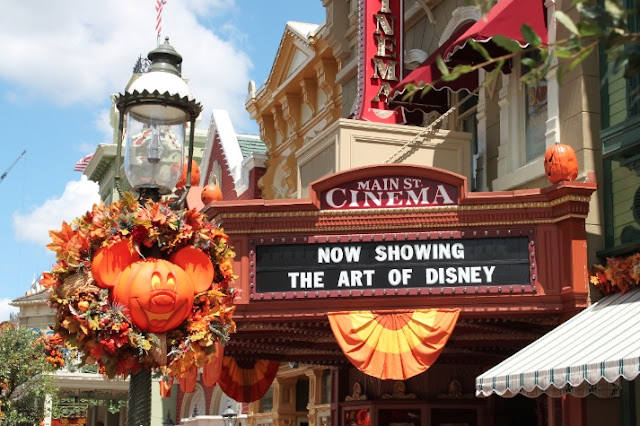 As always, when the crowds started to increase, we took a break and headed for a short rest at the resort.  I cannot say it enough, but staying on property is worth every penny if at all possible!  We napped, but had the kids been with us, we would have enjoyed the pools and a nice snack away from the hustle of the parks. It's just nice to get away not feel like you're wasting your money. 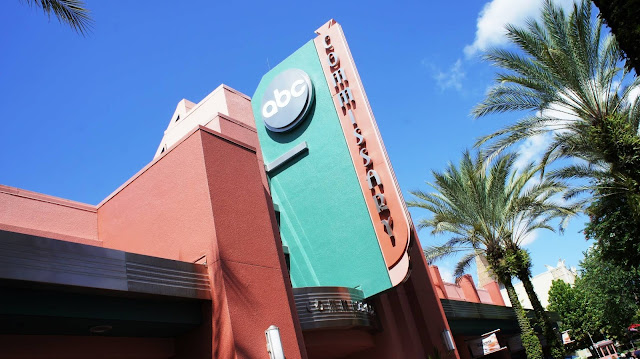 We didn't think we would use the park hopper passes much, but were we ever wrong about that!  I'm not sure if it's because we didn't have the kids or because had more time but we LOVED the flexibility of coming and going as we pleased.   All of that to say, after our rest in the room we really wanted to revisit a few attractions, so we headed to Hollywood Studio. Since we were looking to try a few restaurants, we grabbed dinner at ABC Commissary.  I have mixed reviews about it, which I will recap later.  My big takeaway was the magical cast member who saw our anniversary buttons and brought us a free dessert to split. 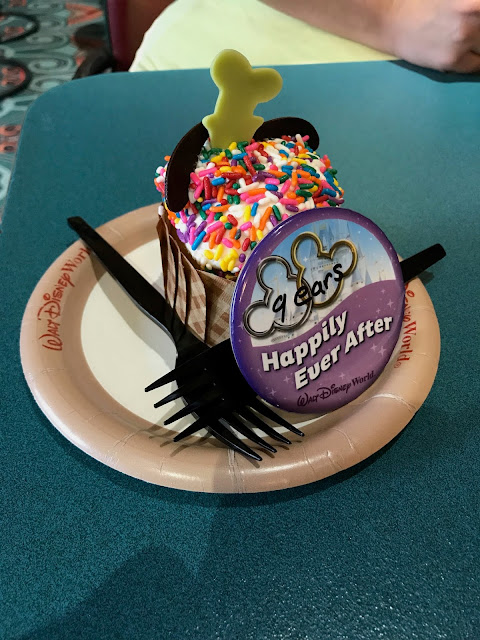 It actually ended up being one of two free desserts we were given, which is why I want to point out this tip!  When you check into your resort or enter a park, be sure pickup a FREE pin like the one you see above.  They have them for Anniversary/Wedding, Birthdays, First Visits, and a generic one that they customize.  Actually, they will customize all of them.  Most people think they are just nice souvenirs, and they are.  More than that, cast members will celebrate your milestone right along with you!  We got everything from a simple congratulations to free desserts.  I would HIGHLY recommend picking up a pin when you arrive. 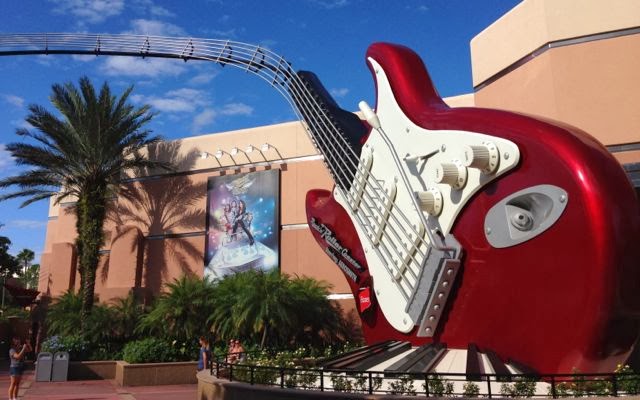 Ok, now that we've completely derailed, let's talk about the rest of our trip!  After dinner, we headed to Rockin' Roller Coaster for another trip on the tracks.  We picked up a Fast Pass on the Disney app and once again bypassed the line.  I was nice traveling at a slower pace where we could park hop and take our time really hitting the attractions we wanted to see rather than trying to cram everything in to one day. 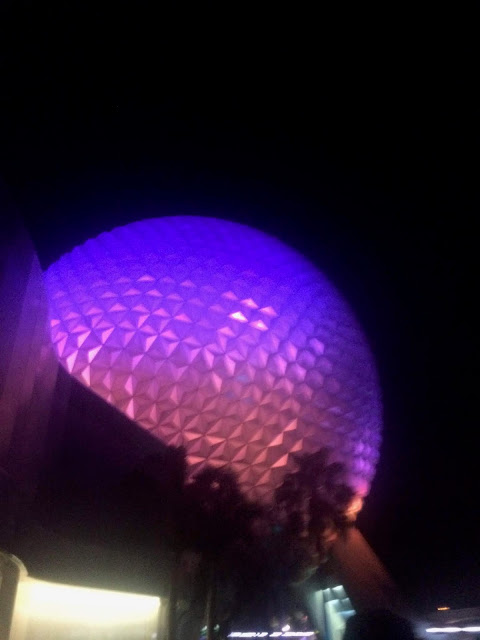 We ended our second day in the parks by heading to Epcot for Illuminations.  It was a nice evening show, but I would't plan my evening around it.  The kids called just as it was starting, so we Facetimed them so they could watch it with us.  The loved it, and it was special having them there with us for that part of the evening.