This morning we were supposed to wake up to sleet, freezing rain, and ice as the first winter storm of the season rolled into the region.  When I woke up it, it was raining and there was ice on my car, so I assumed it meant the roads were slick and called into work.  Except, the roads were fine.  I felt like an idiot. 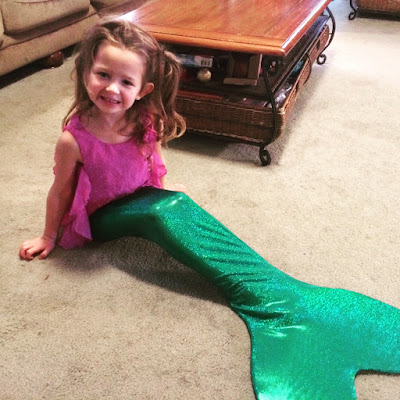 The time at home hasn't been wasted though.  I've caught up on laundry, played with the kids, and sent Eric about one thousand texts to pick up stuff that I forgot.  Eli can't wait for the snow, but Ellie isn't much for winter weather.  In fact, she decided today would be a great opportunity to channel her inner mermaid. 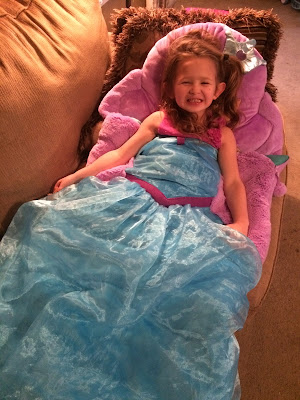 I'm a little concerned about cabin fever setting in since the snow hasn't even arrived and we are already getting a little "batty" with each other.  Ha!  When Eric gets home we are going to make potato soup, play some games and go to bed early so that we are ready for the sledding fun to come tomorrow!! 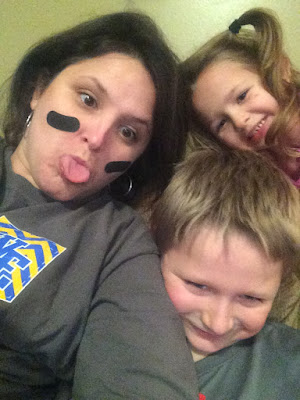