Eli woke up at 5:20 this morning ready to go sledding.  I was not super thrilled with his enthusiasm for life at that hour, especially after he woke Ellie, the dog, and everyone else he could think of.   Ha!  Luckily, he fell back asleep and so did everyone else in the house. 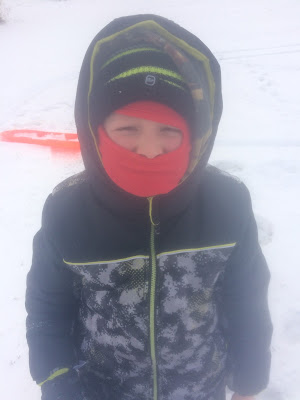 Shortly after we got up, we got a text from a friend inviting us to borrow her front yard from some sledding, which was the most unexpected and sweetest surprise ever! 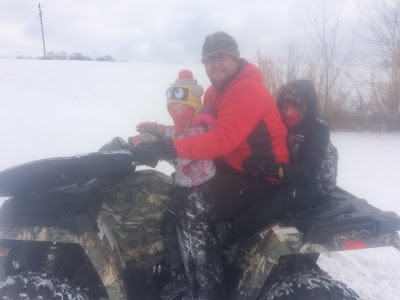 Eric and acted like we needed to run some errands, and once the kids were dressed, we told them to get in the truck because we were going to the store.  They were bummed that they didn't get to play immediately, but it was super fun to hear their surprise when we pulled unto our friend's road. 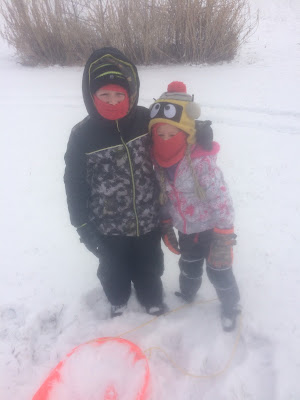 After a few runs down the hill, we developed a little system where I would stand at the top and give them a push while Eric waited for them at the bottom on the four-wheeler and then drove them back to the top. 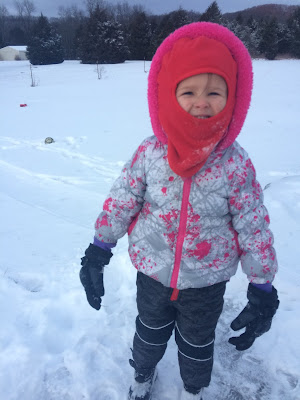 It was all fun and games until Ellie got cold.  Oh my heavens the crying!!! She is just not a snow bunny at all.  Eli, on the other hand, LOVES it.  After we left our friend's house, we headed home and decided pizza sounded good, so we called in Papa John's. 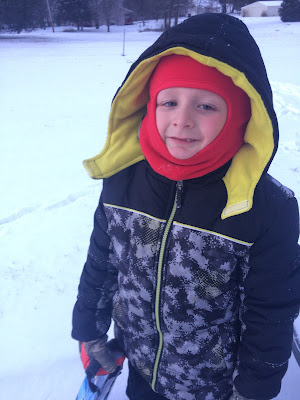 After lunch, we took a nap before heading back out for round two.  We don't have much of a hill in our yard, so Eric built two ramps for them, one for each sled.  We spent about an hour or so pushing them down, and they loved every second of it. 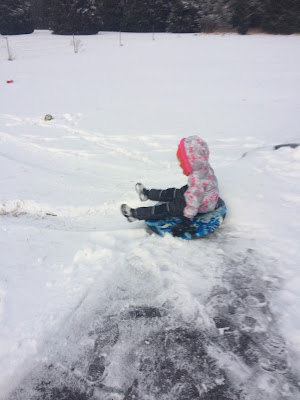 The best part of my snow day was when Eric bought me tickets to Aladdin!!!  I have been wanting to see the musical for so long, and it's finally coming to our area this year.  It's not until June and we still had the hardest time finding a show with two tickets together.  It was the best surprise and I can not wait!!!! 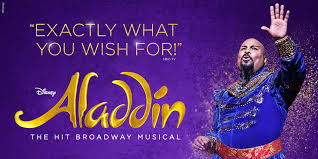