We finally had a free weekend, so we decided to take our first camping trip of the season.  We bought our little popup two years ago and have put it to good use with lots of little weekend trips to the lake. 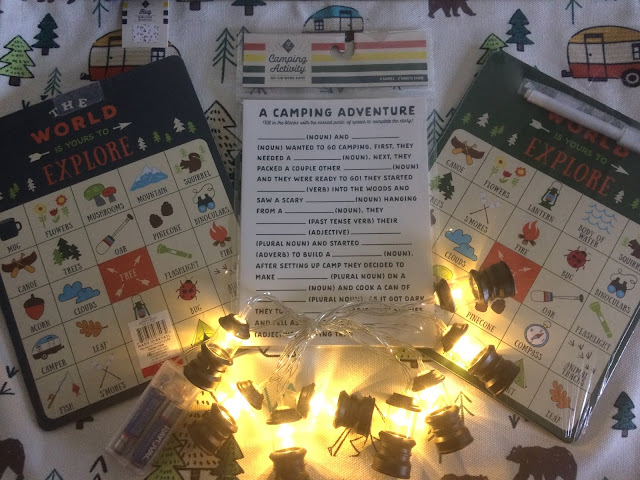 I happened to be in Target picking up an online order for our next Disney trip when I passed these gems in the dollar section!  We sometimes make our own scavenger hunts, so I was thrilled to find white boards with items already on them.  I got four since we tend to pick up a friend or two when we travel.  The rug in the background was too cute to pass up, and the Camping Adventure Game is just an updated version of "Mad Libb" if you played that back in your school days.

By far our best find was the string of lights that look like mini-lanterns.  They are battery operated and the perfect touch to hang above our beds in the camper. 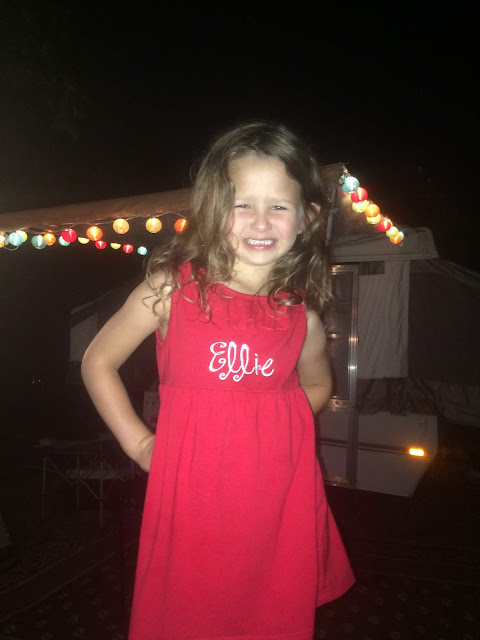 We both took off work a little early to pack and get to the campground before dark.  We picked the kids up on the way out of town, which was a nice little treat for them.  We were able to set up camp and cook while Eli played with friends and Ellie kept us entertained with a variety of self-composed songs. 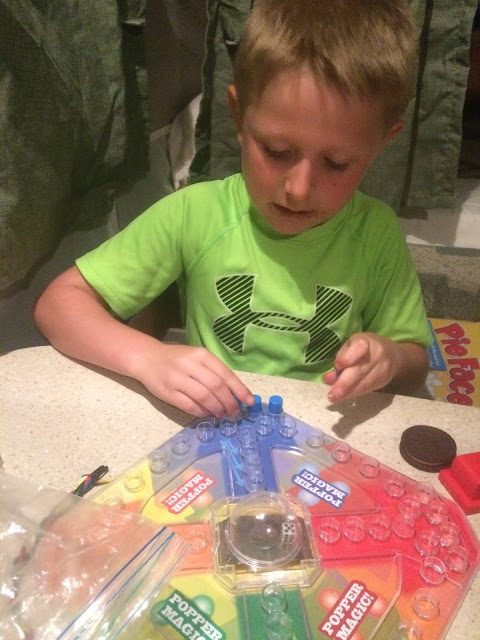 Just as we sat down to eat, a terrible rainstorm popped up, so we moved our party into the camper and had an impromptu Family Game Night.  We were hoping to hang out with some friends, but the rain never let up.  We used it as an excuse to watch a movie and get to bed a little earlier than normal. 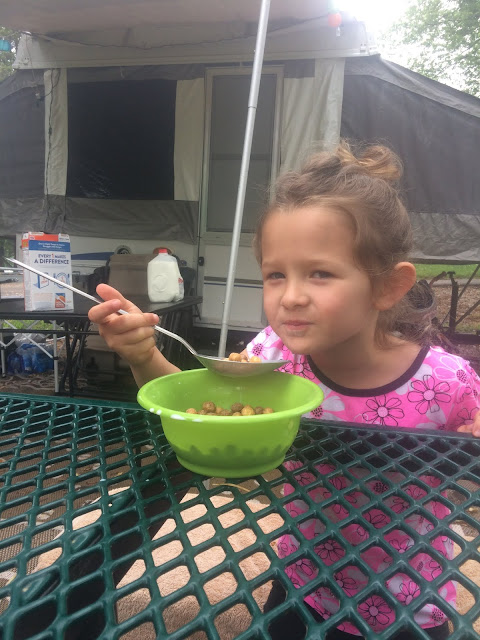 The thing about camping is that mornings come early.  We were up, showered, fed, and hanging out with friends before 10:00.  Eli rode a thousand miles on his bike around the campground and Ellie composed equally as many songs, so we were thoroughly entertained. 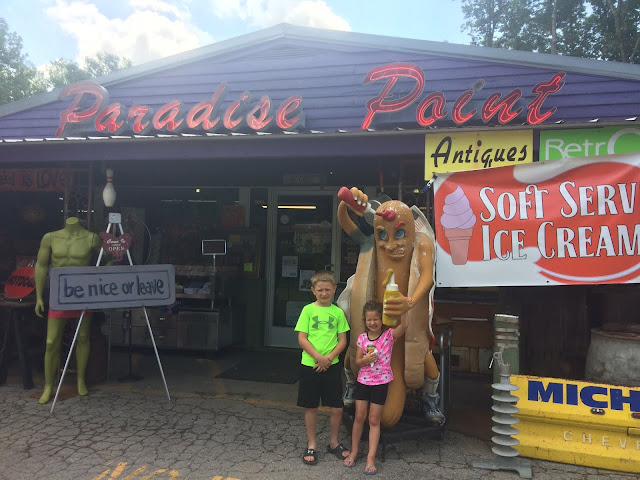 One of my favorite things to do when we camp at Barren River Lake is hit up Paradise Point, which is a quirky little hot dog joint on the lake.  Eric is always more than happy to accommodate my request and the kids like it because it's fun and helps break up the day a bit.  I'll try to do a full review tomorrow because it's a local joint that deserves a shoutout. 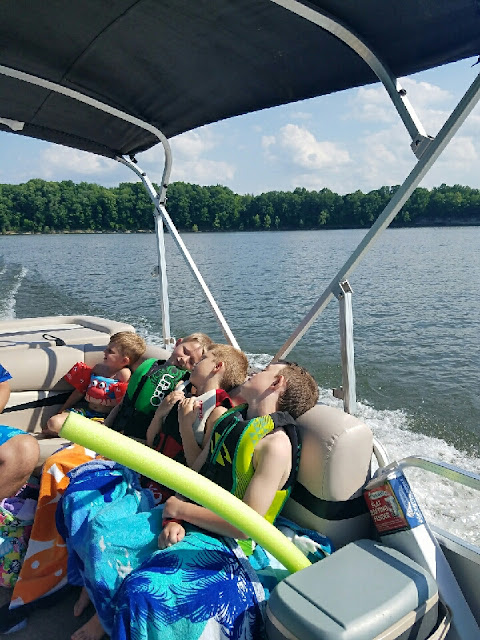 Back at the campground, we decided to go out on the lake with some friends who also happen to be baseball buddies.  We spent a good three hours in the water swimming, splashing, jumping off the boat and, of course,  throwing ball.  The boys were knocked out three minutes after getting back on the boat. 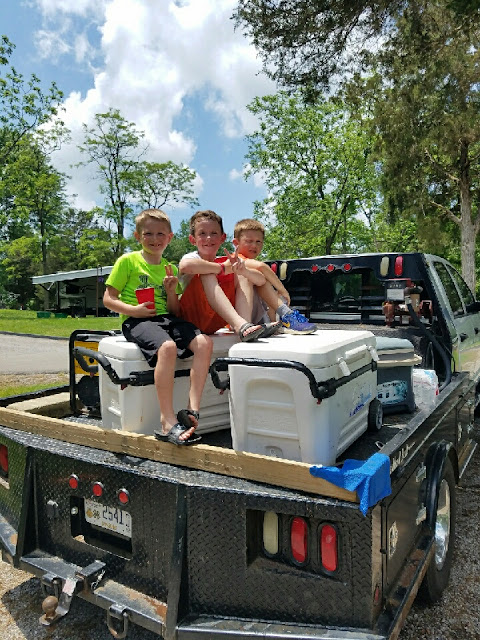 Back at the campground we relaxed a bit while the boys (newly regenerated) rode their bikes.  Then we met up for a dinner of smoked goodies like beans, bologna, and pork roast.  It was so good, ya'll!  We were supposed to make s'mores and play games, but Eli started feeling puny and wanted to go back to the camper to sleep.  We cut the fun short and both kids were out before 9:00.  Eric and I took full advantage and enjoyed some time relaxing under the stars before heading to bed ourselves. 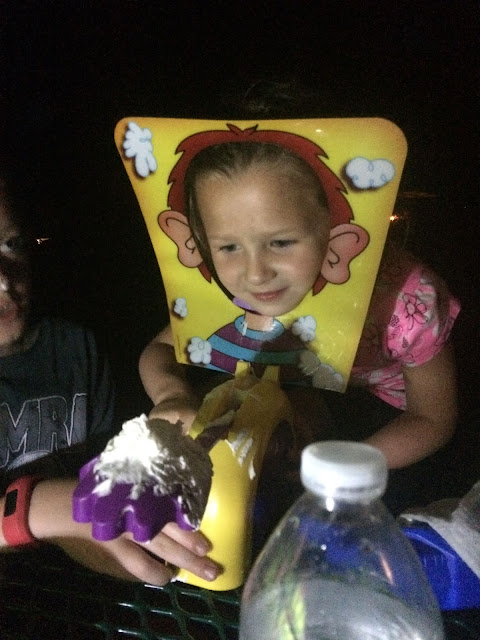 Eli was much improved on Sunday, so he played with his buddies while we packed up camp. We always hate leaving, but we already have a few more trips planned for the summer, which greatly eased our pain as we pulled out just before lunch.