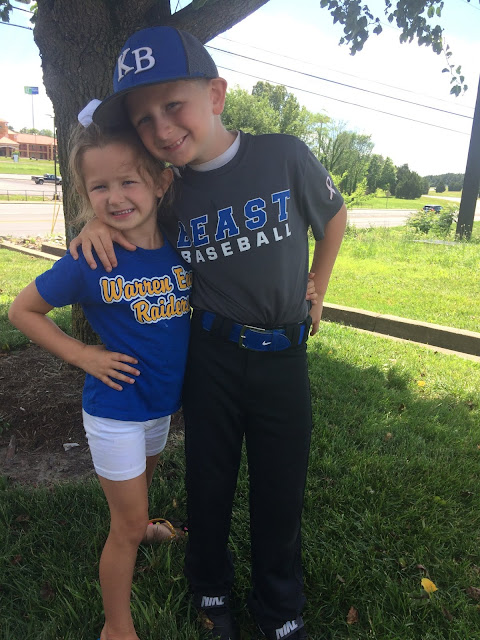 This weekend was a doozy.  I attended FIVE graduation ceremonies while Eric headed to White House, TN with both kids for another tournament weekend. 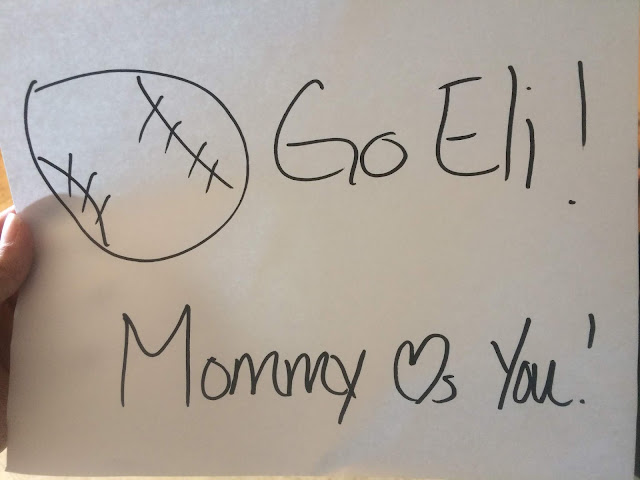 They left out a little bit after I headed in for work on Saturday morning, so I was able to make sure they were packed, Ellie was dressed and Eli knew that I was rooting for him.  Clearly I am not an artist, but he was asleep and I needed to leave him a quick note. 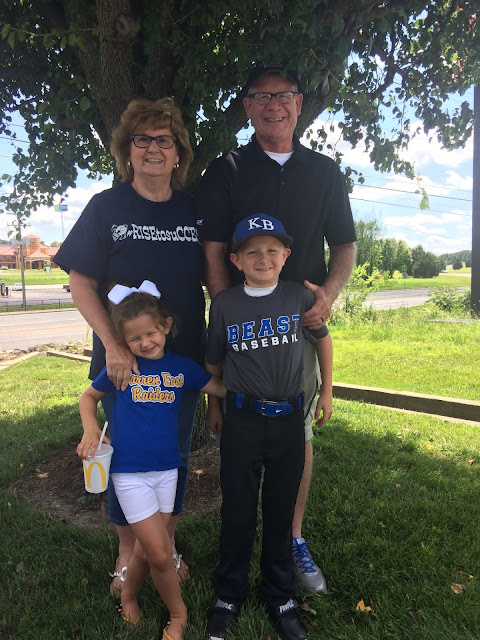 Eric's parents are so good about supporting our kids and met Eric, Eli and Ellie in White House to watch the pool play games.  They ended up staying all night and I drove down to meet them on Sunday. 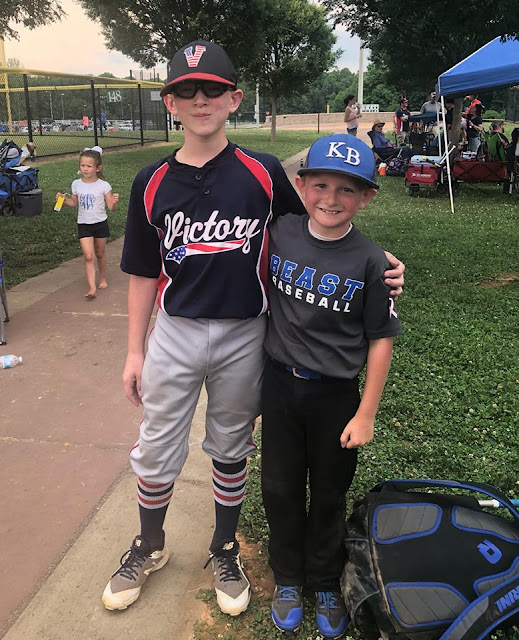 It worked out well because Eric's cousin was there with his son who was playing in an older age division, so they were able to catch up and support each other's kids. 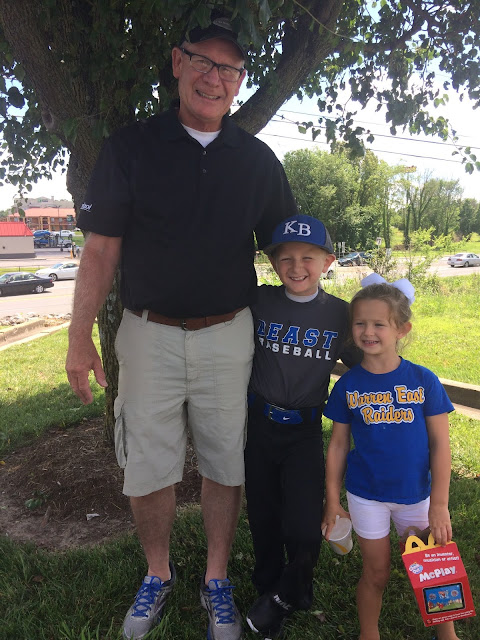 I wasn't there, but I hear it was quite an exciting day.  In fact, we came back from a 10-0 deficit at one point to not only win the game but to also earn the top seed in the tournament on Sunday!  I HATE missing Eli play, but the my "band of moms" is pretty tight and they kept me well updated on the happenings! 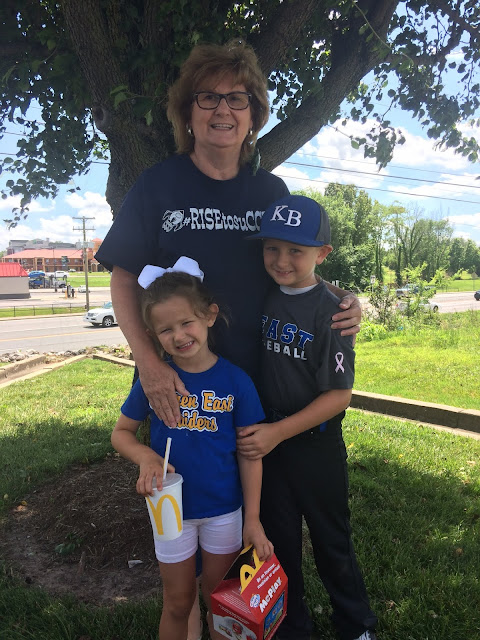 Funny story...Sunday I woke up covered in hives, so I took a Benadryl before leaving home.  I was so calm during the game, even when we ended up losing.  It was like a whole new world, and Eric thinks I should consider a dose before every tournament weekend.  Ha!