This year's Disney trip was sans kids.  I know we should feel like big, fat jerks for going without them, but ya'll, they've been more times than most adults, so I think they can handle it.  Plus, we booked our next trip before leaving, so they will be going again next year! 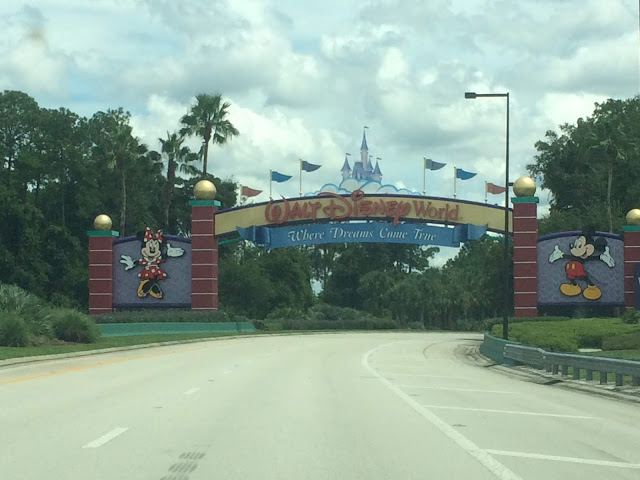 We drove a little past Macon, Georgia on Friday night, stopped to rest and hit the road early on Saturday. Our timing was pretty impressive because we drove through monsoon-like rains thanks to Hurricane Harvey.

After driving most of the morning, we made it just after lunch. With or without kids, there is nothing quite like driving onto property and seeing this sign. It's just the beginning of a week full of magic and it never gets old!

We stayed at Pop Century again, which I will review when I wrap up the recap.  As always, we were sure to check-in online and were able to bypass the front lobby and head straight to the room.  I was hoping to stay in the 80s or 90s section again because the rooms are newly renovated, but we were sent to the 50s section, which was perfectly magical as well. 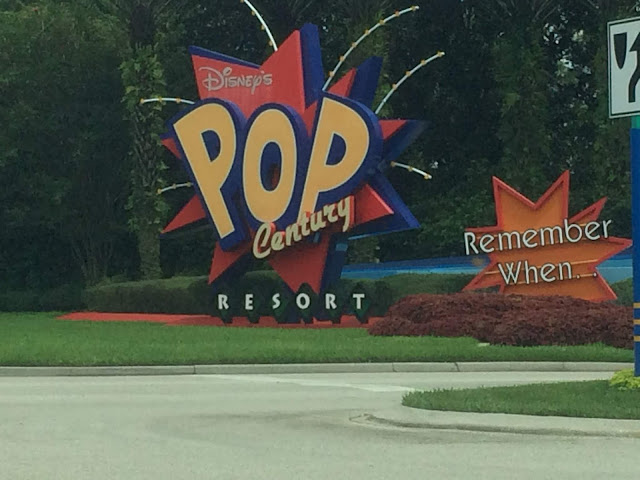 We've never headed to the parks on arrival day, but we decided to try it this year.  It was wonderful having the extra time and it helped make the rest of the week feel less rushed.After dropping our stuff off in the room, we headed to the transportation hub and jumped on a bus to Hollywood Studios.  Without the kids, we were able to check out some of the thrill rides and had Fast Passes to Rock N Roller Coaster as well as Tower of Terror.

Since we had a little time to pass before our first attraction, we took our time walking through the streets and just taking in all of the details.  We hadn't had lunch, so we stopped for a quick snack before heading to our first FP at Tower of Terror.  I loved it, but it made Eric a little motion sick.   To recoup we went through One Man's Dream Exhibit and then cashed in our second FP on Indiana Jones stunt show, which we finally saw in its entirety.

We had some time to pass before our next Fast Pass, so we caught the Little Mermaid show on our way to Rockin' Roller Coaster!  It was amazing by the way.  I you have a thrill-seeker in your family, this ride is a must! 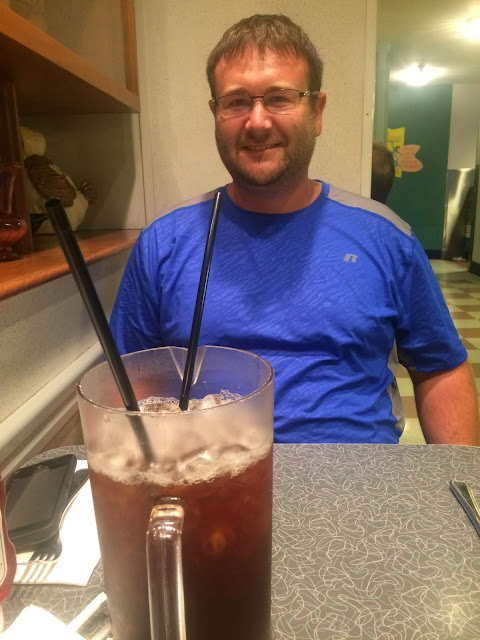 We had dinner reservations at 50's Prime Cafe, which I will review later.  The food was amazing, but honestly, it was the very first time that I was slightly disappointed with service at Disney.  We waited almost 45 minutes past our reservation time before we got a table.  It's the only time this has ever happened, but it was frustrating since we scheduled it around our FP.  Overall, it was super fun and we hope to go back. 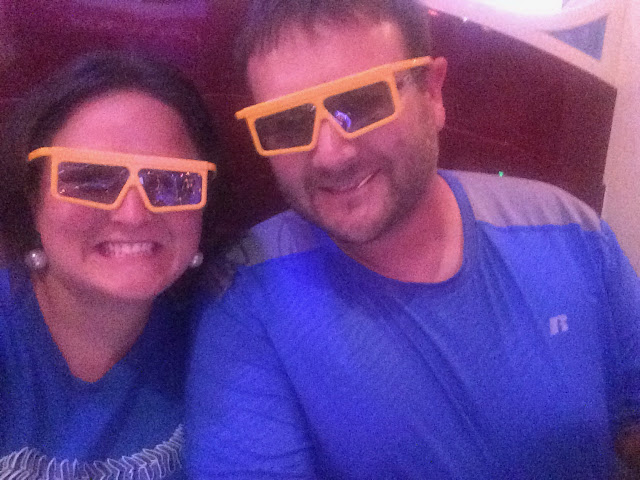 While we were eating, Eric snagged us a Fast Pass for Fantastic, which is their nighttime show.  It was kind of rainy as we were leaving, and we knew from experience that they wouldn't do the whole show, so we walked to the entrance and asked a cast member, who confirmed out suspicions. 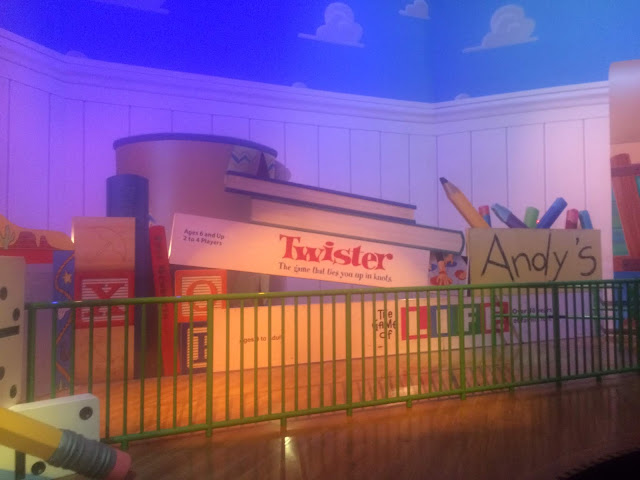 We looked on the phone app and saw that Toy Story Mania (another favorite) was a 45 minute wait, so we decided to chance it since we anticipated that several people would leave line to try their luck at Fantastic. 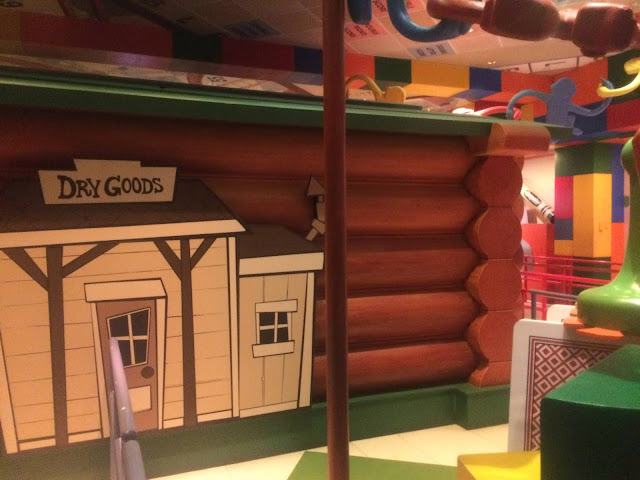 Our guess was right, and we LITERALLY walked right onto the ride despite a posted 45-minute wait time!!  Eric skunked me at the game, but it was a lot of fun to enjoy all of the ride details. It truly feels like you are a toy in Andy's room. 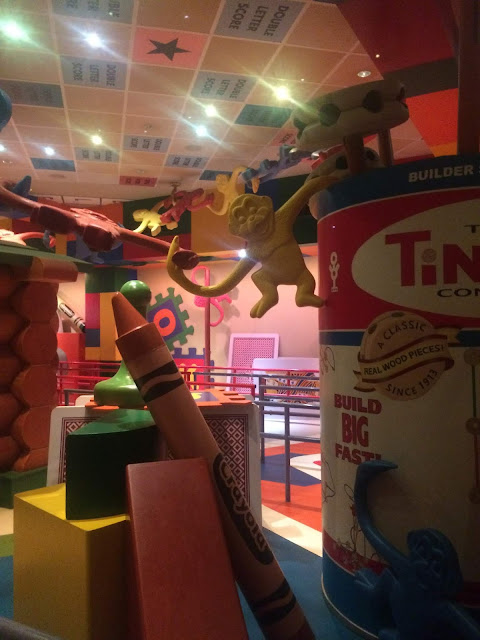 We are so excited that Toy Story Land will open next year and we even got a sneak peak at some of the attractions while were were walking around.  I can't wait to experience it with the kids, and I think it will bring a new life to the park! 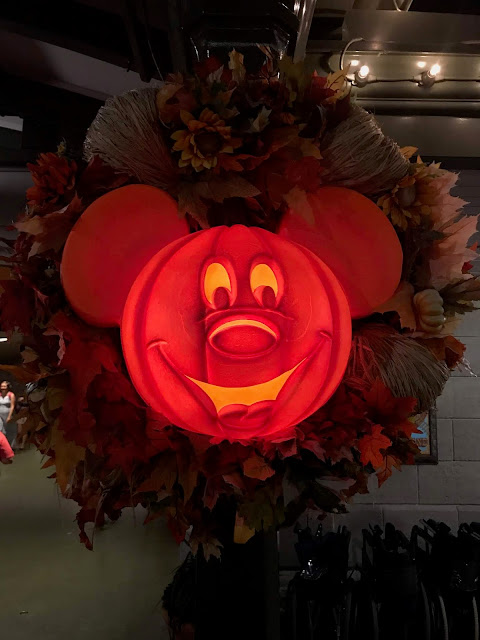 We ended our night by hopping over to Magic Kingdom.  It was festively dressed for Halloween, but the crowds were INSANE...the biggest we have ever experienced.  I guess being the Saturday night of a holiday weekend with Extra Magic Hours was a huge draw. We arrived just as the fireworks started, so we were funneled through a staging area that dumped us out in Tomorrowland. We hustled to Big Thunder Railroad, which had a short 15 minute stand-by line.  This is why you hit up big attractions during the firework show! Anyway, the ride was a first for me and so much fun!

The crowds were still heavy when we got off the ride, so we used the FP we grabbed on the bus ride over to MK for Jungle Cruise and called it a day.  It was nice being back in the room fairly early because we were able to relax a bit and rest up for day two!