We had such a crazy weekend, ya'll!  After Friday night's mad dash to Cincinnatti to see Aladdin, we drove back to Lexington for the night since my parents had the kids and we wanted to save money on a hotel room because we are traveling again later in the month.  Saturday morning we woke up bright and early to head back to Bowling Green for TWO birthday parties and Eric's company picnic at Beech Bend Park. 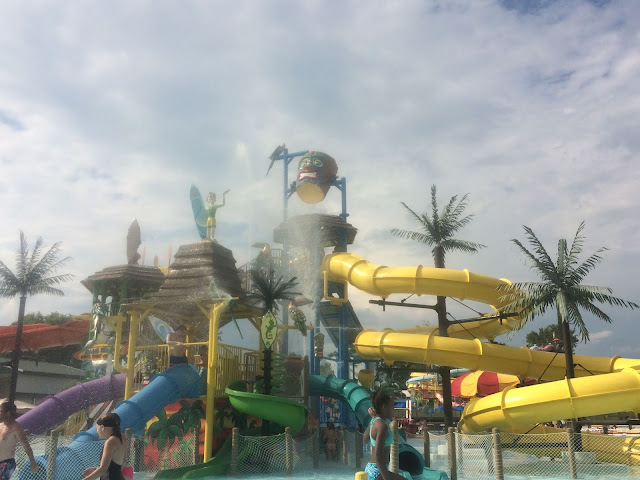 We didn't make it home in enough time to catch the first party, and I wrote down the wrong time for the second party because I'm super organized like that. We ended up just making it to the company picnic, but the kids were so busy enjoying the waterpark that they didn't even notice. 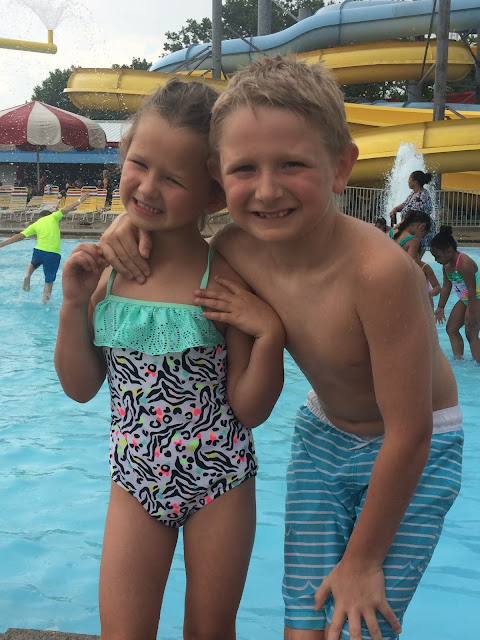 My kids are all about some Disney ride, but they were scared to death to ride anything.  We did the Bees, the Tea Cups, and some kind of other baby ride and that was it.  I have no idea why they were being so timid, but it worked out well because we spent most of our time poolside. 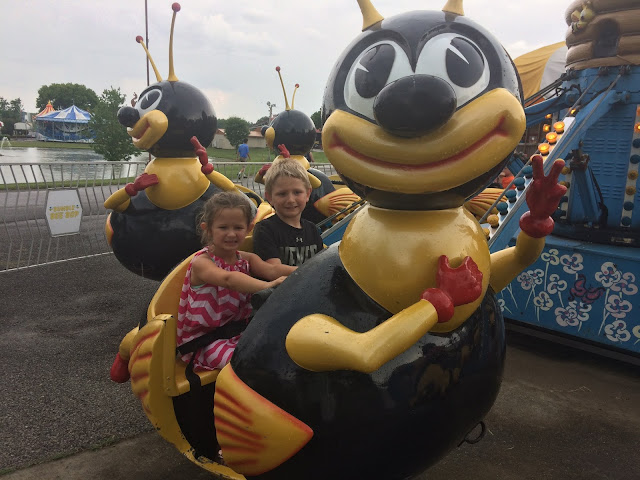 After a few hours in the water they were worn out, so we left and enjoyed a nice Mexican dinner...our favorite! We HATED missing out on seeing our friends, but I am so glad we got to spend time together as a family, especially since the kids will be gone all week to Nan's.
at 10:55 AM