For the first time since before I was married, we took a vacation with my entire family!  The party of 12 included my parents, my siblings, their spouses and kids, and my little crew.  We stayed in a precious little house on Harbor Island in South Carolina and had the very best time being together as a family. 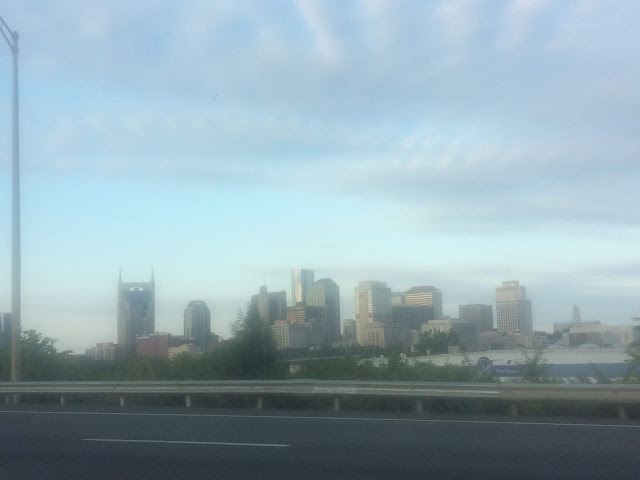 Typically Eric and I like to leave for vacation on the Friday evening of our departure so we can split up the drive for our kids.  But with another trip planned for later this year, we decided to save money and hit the road bright and early Saturday morning.  We were hoping Eli and Ellie would stay asleep, but no such luck.  Worry not, they were good little travelers minus a few too many pitstops for potty breaks - which was a welcomed change of pace following the "gum incident" of 2017 when Eli put gum in Ellies hair! 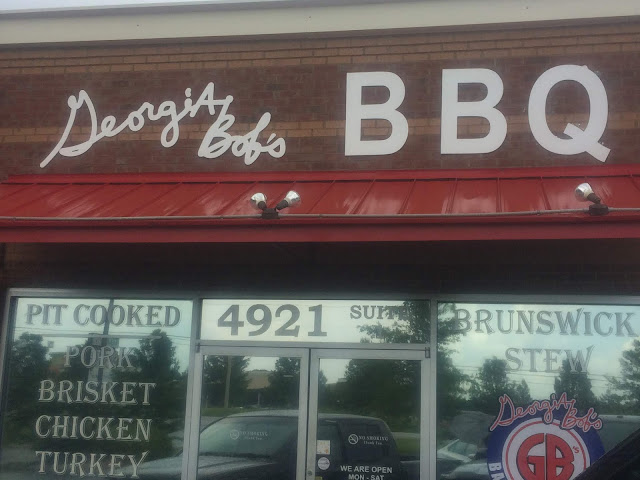 If you've been around for a while, you know our drill...no chain restaurants on vacation.  You also know that we basically plan our trips around getting to eat at Smokin' Pig in Macon and Valdosta.  Since neither were in the cards this year, we kept the BBQ tradition alive and found this little joint somewhere in Georgia. 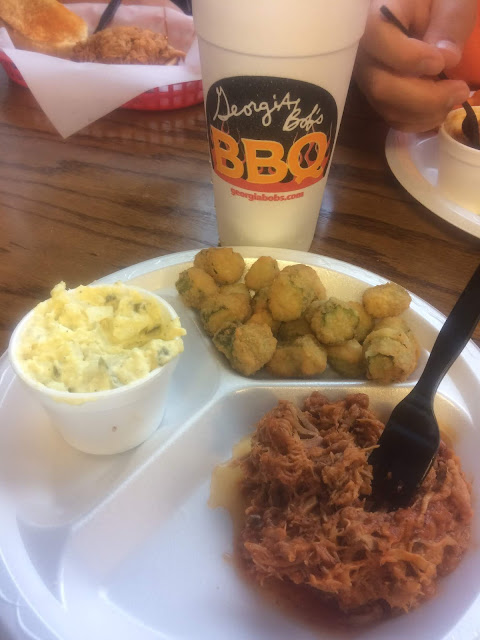 It was good and the kids enjoyed it, so we'll chalk it up to a win even though I'm still grieving missing out on Smokin' Pig.  There's always this winter, ya'll!

My brother and parents were well ahead of us, but somehow we managed to make it to the house before them.  Of course, I was completely unprepared for this and had no idea where the keys were, what the code was, or anything else.  To make matters worse, there was no cell service so we couldn't call my brother or look back through old emails. I'm sure that surprises no one. 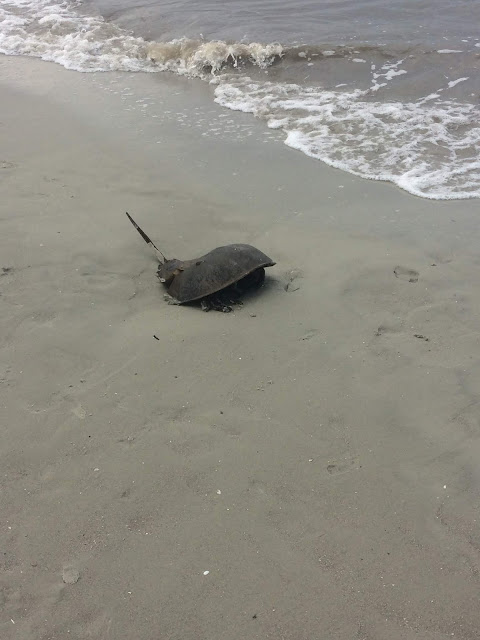 Luckily, may parents were just behind us to save the day!  After a nice round of greetings and checking out the house, we headed straight to the beach.  They wildlife was incredible...just look at this crab! 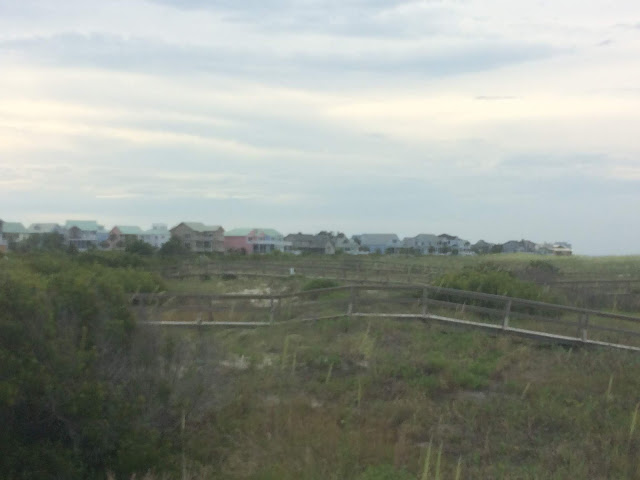 The South Carolina coast is so much different than anything I've experienced on the gulf.  It was a lot of marsh land, but the homes were spectacular and the island was a quaint little dream like something out of a movie! 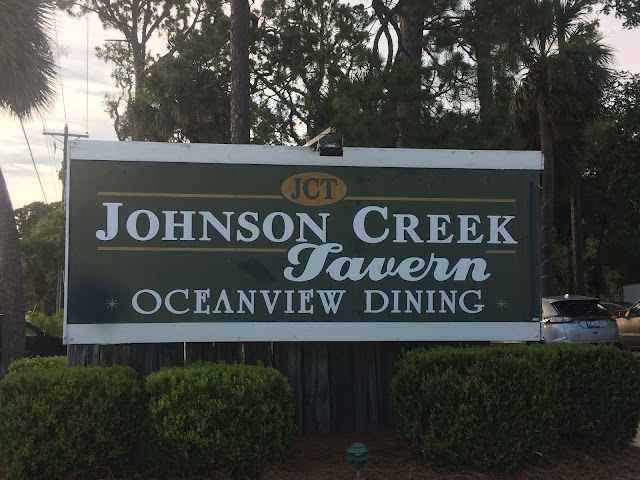 After checking out the beach, we started unloading the cars while we waited for my sister and her family to arrive.  Once everyone had settled in, we headed out for dinner at Johnson Creek Tavern. It was a fun atmosphere with a great "Low-Country" vibe, but it wasn't my favorite place we ate during the week. The kids ran around and played in a little sand area, which was nice since we had a bit of wait to be seated.  Meanwhile, everyone was getting eaten up with mosquitos.  They were no joke people!  My advice would be to take bug spray if you head to coastal Carolina! 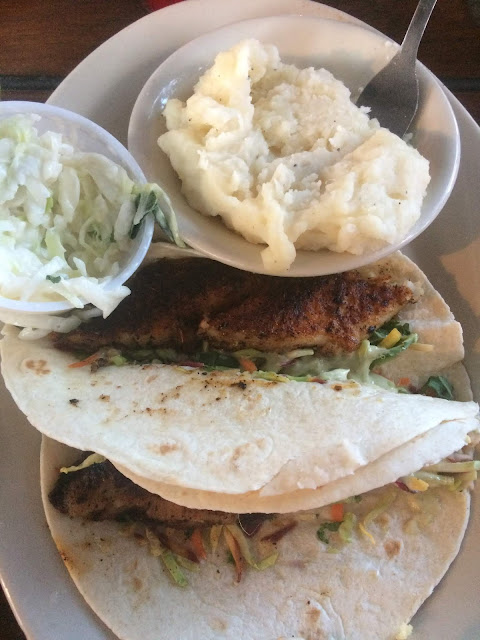 The food was very pleasant. I had blackened fish tacos and Eric had the shrimp and grits.  Both were delicious but slightly overpriced in my opinion.  I think it ended up being our most expensive dinner all week. 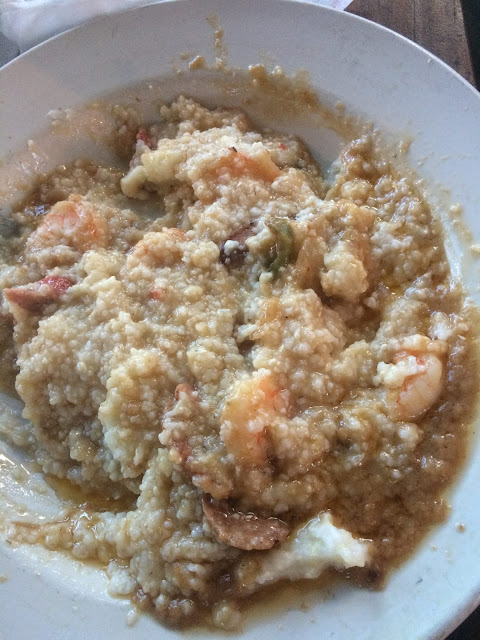 After dinner, we got the kids settled and then I headed to WalMart with my brother and his wife for groceries because I didn't want to waste valuable beach time getting groceries for the week.  I think it was about midnight when we finished, so I was worn plum out, especially after being up so early to hit the road.  But it was worth it!