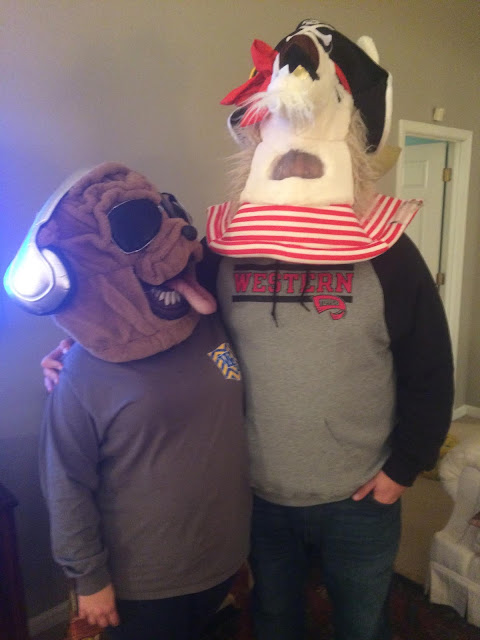 We just got back from the most fun weekend with my family.  We went in to celebrate my nephew's second birthday and my grandmother also celebrated her big day while we were there.  We don't make it in as much as we used to, so it was nice getting to visit. 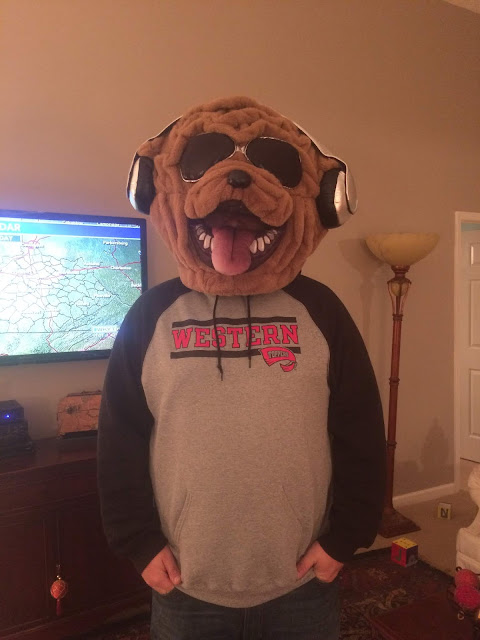 We left Bowling Green after work on Friday, and it seemed to take forever to get there, but we passed the time playing trivia games on our phone.  It was a blast!  Nonetheless, combine three hours in the car with two kids and a dog PLUS a time change, and you have two delirious parents.  That's probably why we enjoyed the Halloween masks so much! 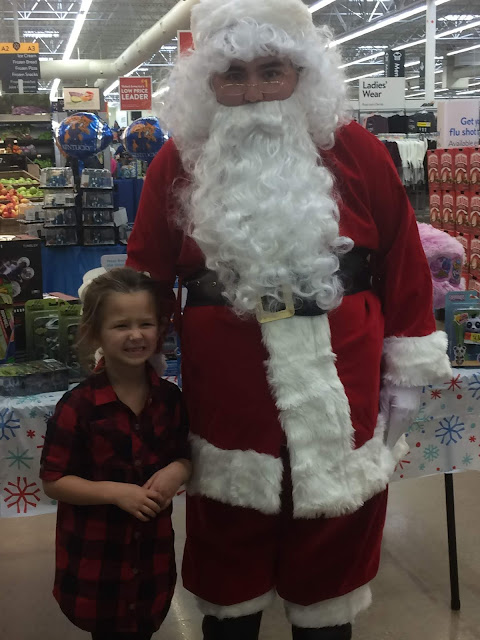 Saturday morning was slow and lazy, just like they should be.  After lunch, the ladies took a little shopping trip to Wal-Mart where we ran into this guy.  Ellie promptly denounced him as Santa, but was more than happy to have a little photo session before leaving. 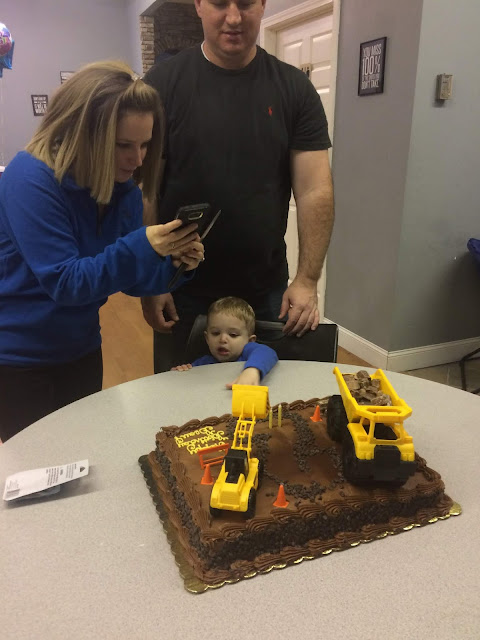 Next was dinner with my dad's family before heading to my nephew's party.  It's rare for me to get to see my extended family all at one time, so it was nice catching up!  After dinner, we celebrated Beau's birthday at the gym my brother-in-law owns.  It's the perfect place to let the kids run free and burn off energy.  If we lived in town, I would hit him up all the time. 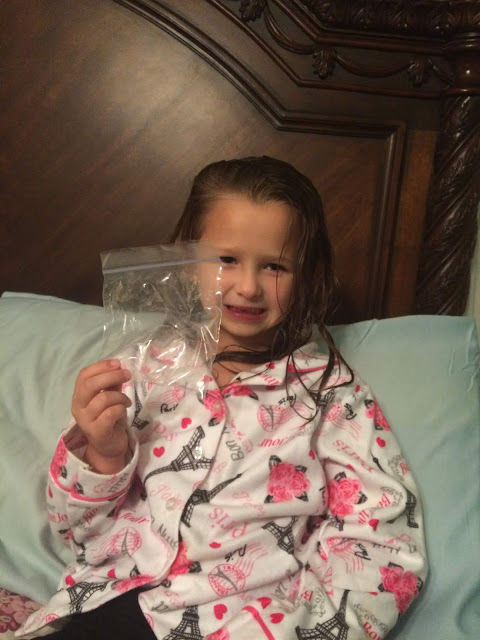 The highlight of the trip may have been Ellie losing her first tooth.  The tooth fairy was a total slacker and had to bum movie from the grandparents.  Ya'll, they only had a $10, so the payout was BIG.  It occurred to me that I should switch it out with a $5 or $1, but mom guilt won. 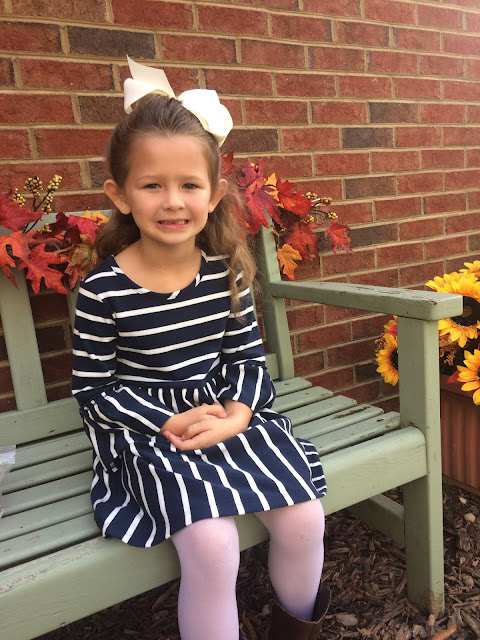 Sunday morning we joined my parents at church.  My dad is the new minister of music, which is where he also served when I was a kid. My grandparents went to church there my whole life, I was saved there and married there, and my dad was ordained there, so it's a special place. 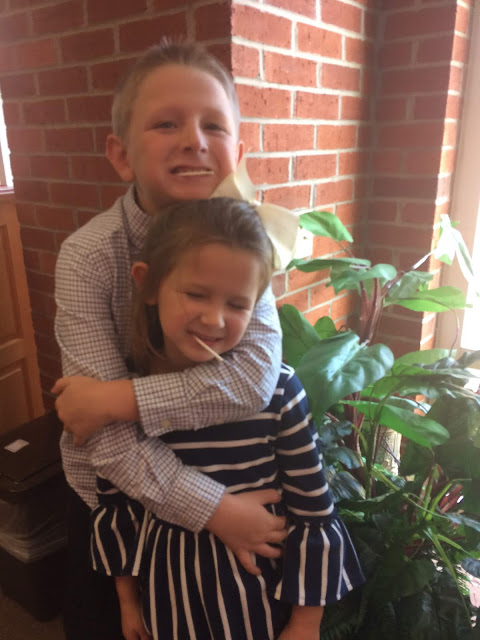 After church, we attempted photos in vain, but all is well because my parents offered to watch the kiddos so we could go to lunch with my sister and her husband!  It was delightful. 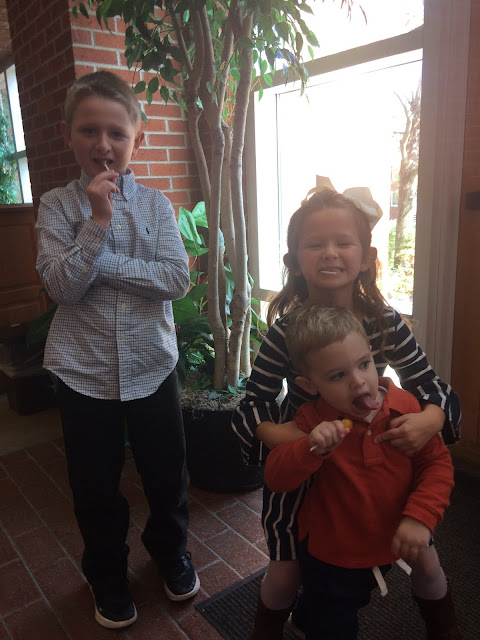 We left mid-afternoon and made it home just in time to watch Mickey's 90th birthday celebration, and I can't imagine a better way to round out the weekend. 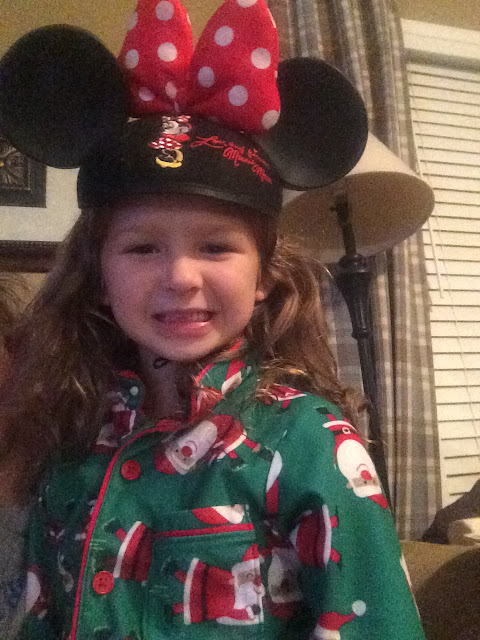