Ya'll know I love a good theme day or party, so this week was super fun with all the dress up days at school.  To make things even better, Eli wanted to participate.  When the tween still wants to get in on the fun, it does a momma's heart some good. 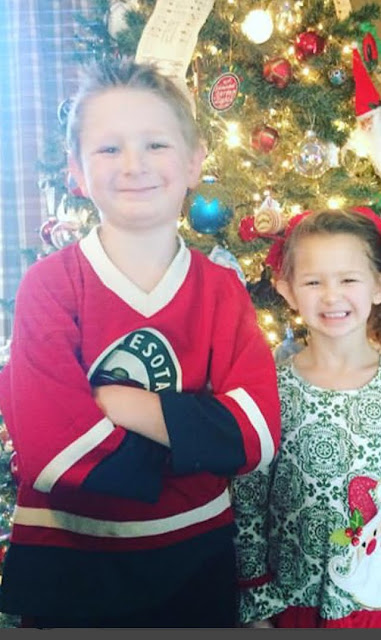 Monday was "Green and Red Day," which was an easy way to kick off the week.  Of course Ellie has all kinds of festive gear, and we happened to have a green and red hockey jersey for Eli. 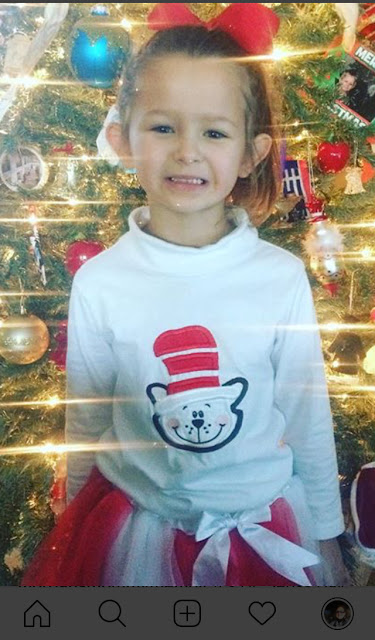 Tuesday was "Dr. Seuss/Grinch Day."  Eric and I spent our lunch breaks on Monday looking everywhere to find something Grinch themed.  We came home emptied handed, so Eli chose not to participate.  Ellie on the other, had this shirt from Eric's aunt, so we paired it with a tutu and called it a win.  I meant to add whiskers to her face but forgot.  Oh well. 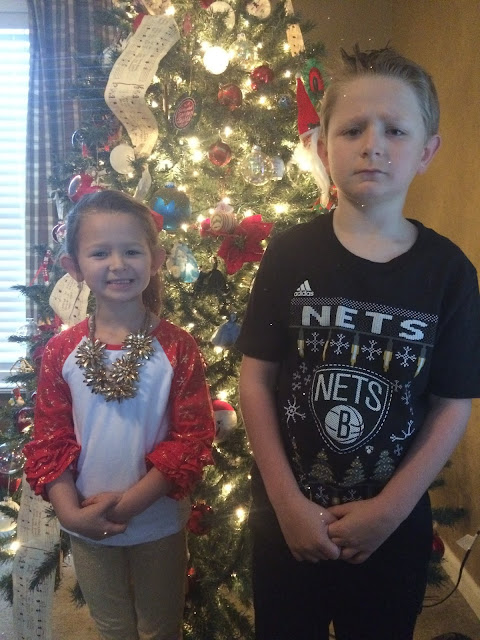 Wednesday was interesting.  For starters, look at Eli's face.  Guess you can guess which Watson is NOT a morning person.  Ha!  Anyway, it was "Festive Sweater Day."  Ellie wore a shirt someone had given her for Christmas and Eli participated only because his shirt had a sports team on it.  Would you believe that Eric bought that back in the fall at a discount store for $3?!?  It was too good of a deal to pass up, so he bought it hoping Eli would be able to put it to use.  Yay for good planning! 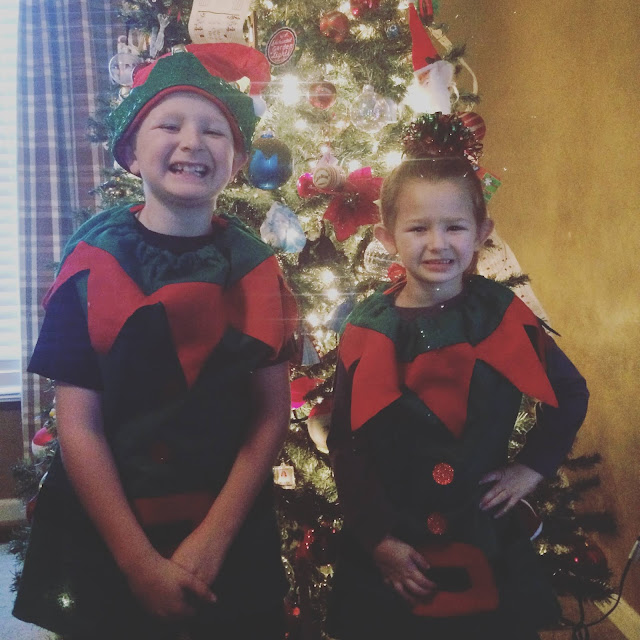 I'm most proud of my creativity for Thursday's "Elf Day."  Again, we couldn't find anything good for elf gear, so I had to get creative.  After work on Wednesday, we went to the Dollar General Store of all places.  It was there that I found two gift bags that looked like elves.  I got the idea to cut the bottom out and make arm holes so they could slip them over their outfits.

I had the vision but not the skills to pull it off, so I took my finds to church and got help cutting the arm holes.  I added a hat for Eli and glued pom-poms to alligator clips for Ellie.  They were so thrilled!  I was worried Eli would get made fun of for dressing up, but he insisted on wearing it.  I made it clear he could take it off at any point.  Turns out the kid has tons of confidence and wore it proudly most of the day.  Love his festive little spirit. 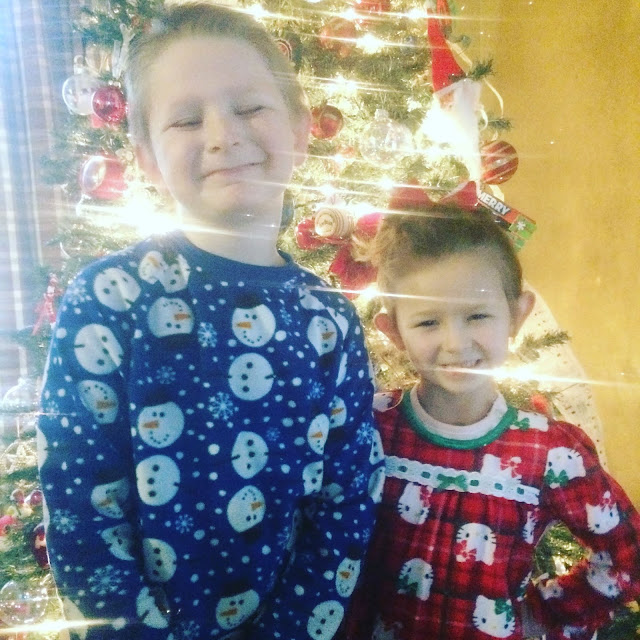 Yesterday we wrapped up with "Pajama Day."  Clearly this was the easiest of the week, which was a good thing because we had Christmas parties to celebrate!
at 4:30 PM