We were finally able to celebrate the Christmas with my family a week AFTER New Year.  It's so hard having both of our families so far away, especially during the holidays.  But like they say," absence makes the heart grown fonder," or something like that.  HA! As with previous years, we had a basketball game on Saturday morning.  As soon as it was over, we hit the road for Lexington. The kids did awesome controlling their excitement about getting new presents.  I mean it's almost three hours in the car trying to be quiet in a confined space while anticipating the new toys!! 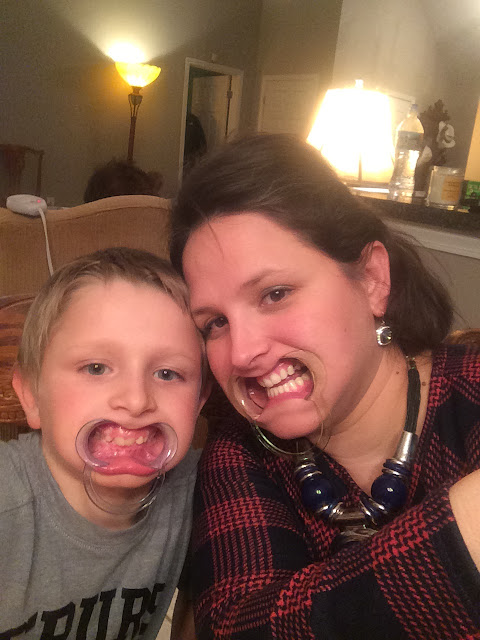 I did a terrible job getting pictures of the whole present opening process, but the kids were so excited.  They loved giving and receiving gifts with their cousins, and I must say that Eric and I racked up in that department too! 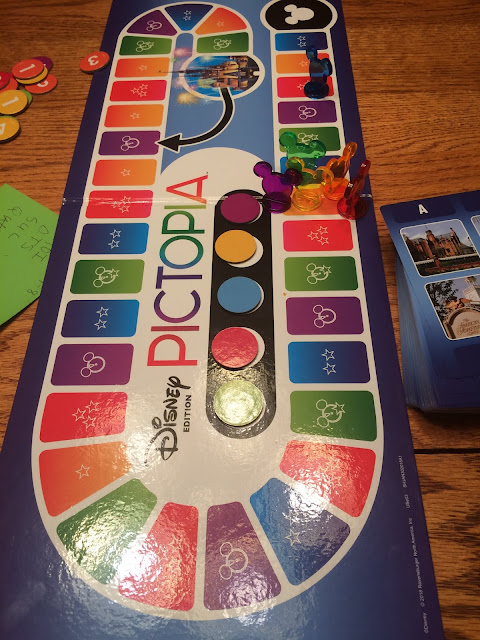 We brought some games and had the best time playing Monopoly, Pictopia, and Bean Doozled with my siblings.  The highlight though was Watch Ya Mouth.  You wear these ridiculous looking mouth pieces and try to read crazy phrases and sayings to your team.  My dad was terrible, which was just so much fun! 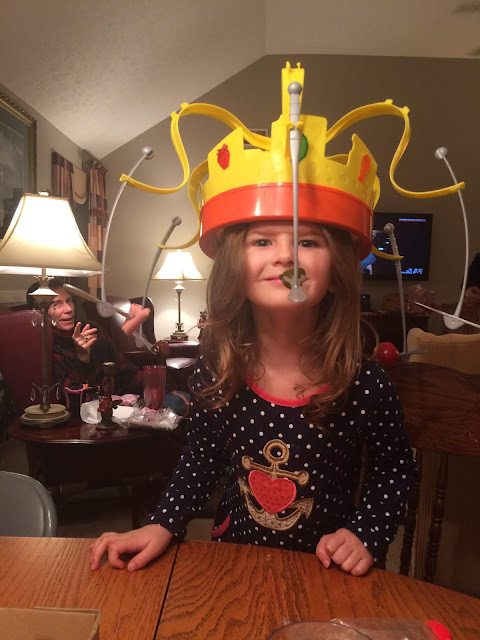 Ellie got Chow Crown for one of her presents, so we gave it a whirl.  It's so much harder than it looks.  I'm not sure anyone actually won a round, but the kids love anything that makes a mess or makes the players look silly. 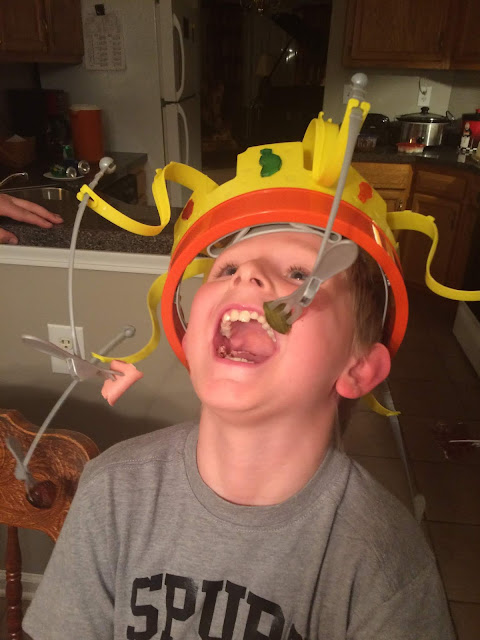 On Sunday we went to church with my family before we had to hit the road.  My dad is the music pastor there, and it's the same church I went to as child and later got married in.  It was special seeing my kids walk and play in the same space that so familiar to me. 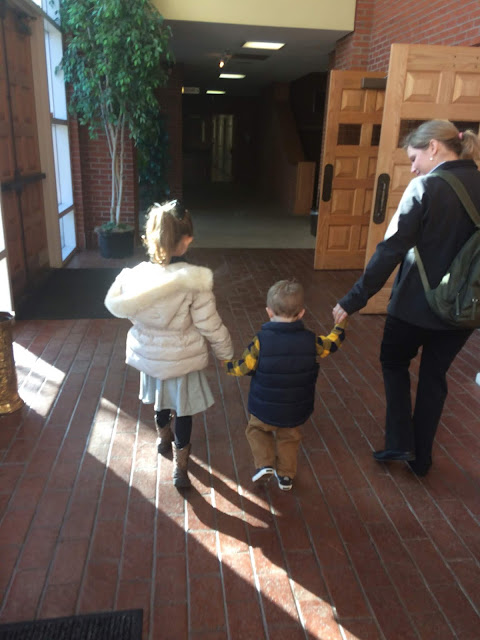 It was such a short trip that I hated leaving, but I also knew it would be a killer week back into the routine of life since it was our first full week since mid December.  Plus, we had to unpack and put away all the gifts. 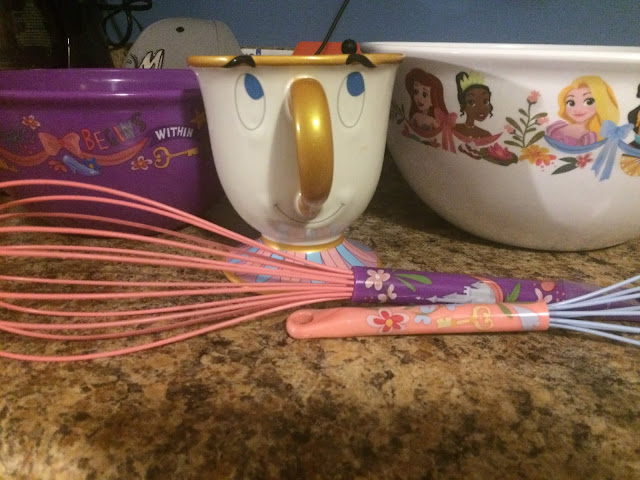 I have to say that my mom sure knows me well.  How perfect are these Disney kitchen goodies?!?  I still hate cooking, but at least I have these princess gadgets to make it more fun!