A little tidbit about my kids is that they aren't big "screen" people.  We don't have to be hardcore strict with them about their devices because they just aren't that interested.  I see their over-usage tendencies when we travel, have several consecutive days at home, or they are our of their element at someone else's house or something.  Otherwise, it's just not a major issue.  In fact, they both have TVs in their bedroom because the only time they really watch them is at night before bed. 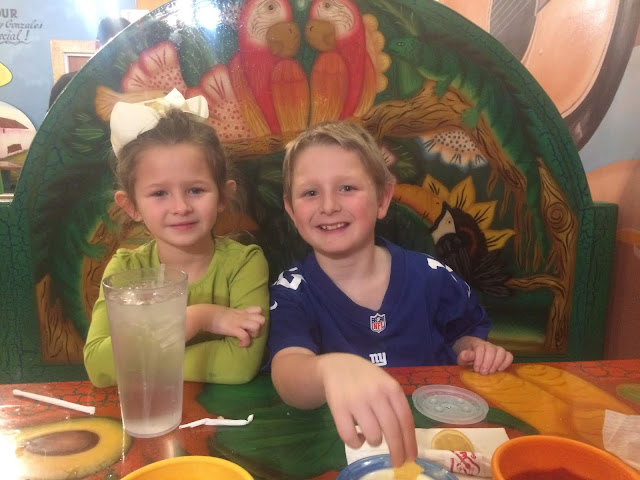 Unfortunately, over the winter break they developed some bad habits with the television.  Eli has always wanted it on for white noise and goes to sleep with it on in the background. But recently, he kinda started to act panicky if he didn't hear it or if we turned it off before we was asleep.  Ellie has always watched a few minutes of something and turned the tv off when she was ready, but that wasn't happening over the break either. 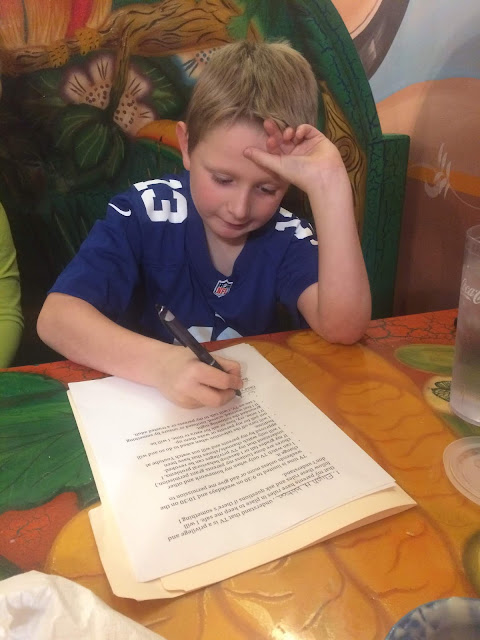 After one really rough night for everyone, Eric and I decided to make a change before the problem progressed.  To be honest, I could care less if we banned them completely from TVs in their rooms, but that seemed a bit drastic.  Instead, we made a contract.  It's simple and basically says that TV is a privilege that can be revoked at any time and that they need to be off by 9:30 unless Mom and Dad give them permission to watch longer.

Again 9:30 seems late, but they don't go to bed until 9:00 so I wanted them to have a few minutes to decompress. I didn't want it to be a hard set time limit because I wanted them to have the option of going to bed early for extra TV time or having the natural consequence of less TV time if they stayed up too late. I figured it was a great opportunity to teach them some time management skills. 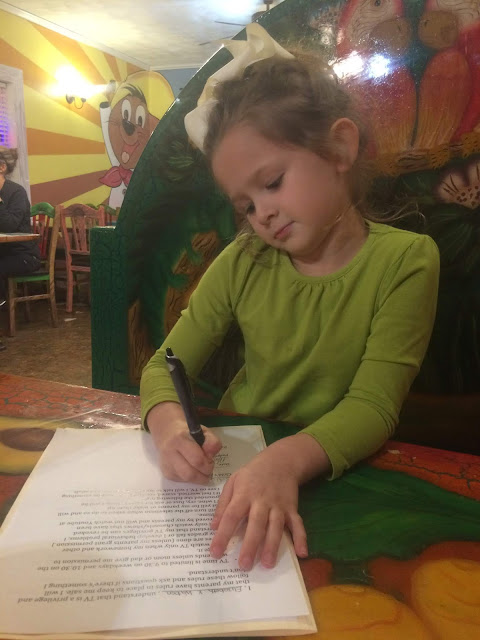 Eli had a 101 questions, of course.   That's why we kept it simple at 9:30...no room for interpretation.  We also threw in a few additional benefits for the parents, like they had to do their homework, bathe, brush their teeth, pack their backpacks and lay out their clothes for the next morning before they can watch TV. 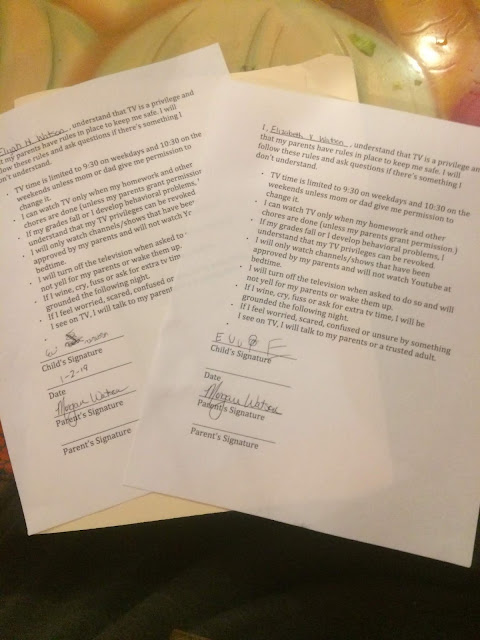 They have taken it all so seriously.  We went to dinner for our family "business meeting," because that's how grownups do it.  We went over each bullet-point of the contract, talked about what it meant and let them explain it back in their own words.  It took forever, but they really took ownership of it.  We'll see how it goes.  By the way, Eli is going to be a negotiator when he grows up.