I've been pretty quite on the blog lately, and while most of that is simply because I've been busy and negligent of this little space, it's also partially because I've been keeping a pretty big secret. We surprised the kids with a trip to Disney World for Spring Break!!! 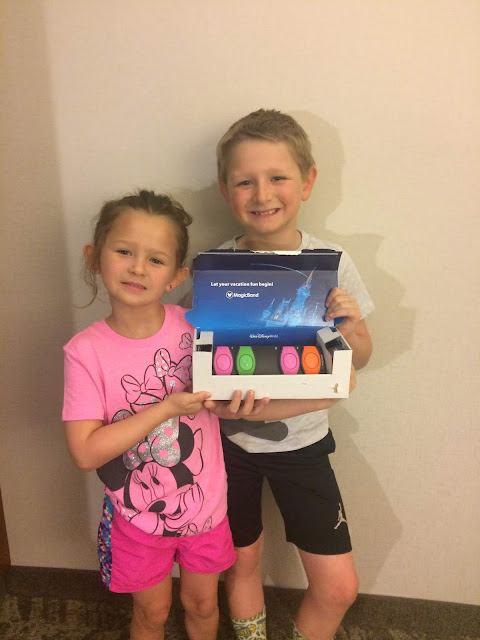 I know, I know...we go almost every year, but ya'll, we've never surprised them with a trip.  We were supposed to go over Christmas break but just felt like it wasn't the best time. On the last possible day before losing our deposit, we cancelled our plans and moved it to this coming October (2019).  Those travel dates lasted all of a month because in December my siblings and I decided to make it a family affair for Spring Break.

It was the perfect time to surprise the kids because we knew they wouldn't expect it since they already had it on their radar for the fall.  Plus, the few times we almost let it slip, we covered by saying something about "fall break."

It was quite the experience planning everything without them knowing, especially the week we left.  There were bags to pack, groceries to buy, electronics to charge, cars to clean and so much laundry to do.  Luckily, we took turns keep the kids busy in the evenings so at least one of us could prepare, and we were both able to get off work a few hours early on the Friday of our trip so that we could finalize all the details. 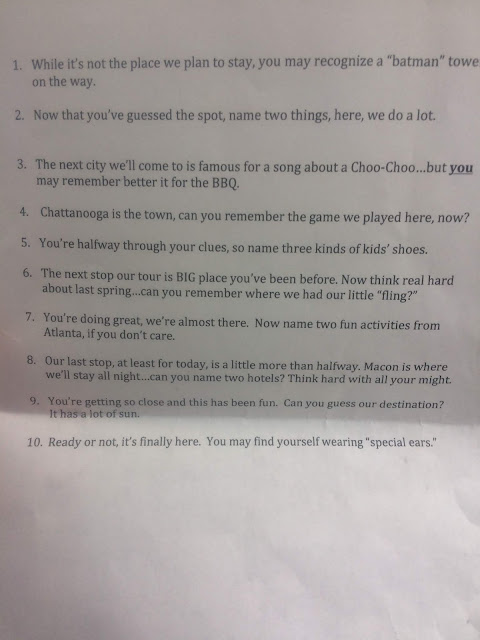 We met at home, loaded the car and picked them up at school.  They knew something was up because they never get to be car-riders and the few times they have been, it's just me who gets them.  When we both pulled up,  they kinda picked up on the fact that we were taking a trip, but their first guess was camping.  It just cracks me up because we didn't have the camper or truck with us. Haha!

Anyway, to make it fun, we played a game.  There were ten riddles they had to figure out.  Every time they got one right, they pulled off the corresponding post-it note on the frame below.  It was a picture of Magic Kingdom.  The first post-it notes revealed nothing other than the sky or the landscape, but the closer we got to the last clue, the more details they could see.  Every five minutes they got a new clue.  It was such a fun way to pass the time and keep the suspense alive!! 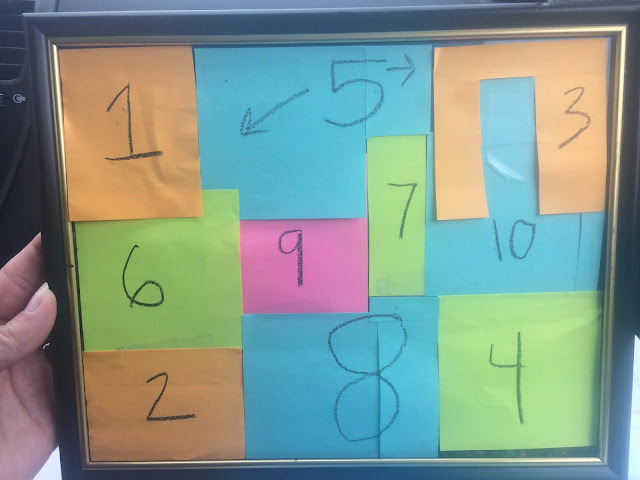 I'll eventually get around to posting the videos of them figuring it all out. Until that happens, you can expect a lot of Disney posts in the days ahead.  I think I will start by doing a daily overview of our trip with tips and tricks sprinkled in.  After I finish those, I will circle back around with details on the resort, restaurants and other experiences.  Those will probably happen once a week until I get through everything. Yay!  Happy reading, everyone...it's gonna be a blast!
at 4:20 PM