Tuesday was our first park day with the entire family, and I must say that traveling as a group of 10 was easier than I expected.  Last summer we all went to the beach.  It was wonderful and we can't wait to do it again, but it was also difficult to separate and do our own thing because we worried about offending someone or others being bored.  With Disney, that just wasn't the case.  We had things we did together as a large group, other times we kinda paired off into smaller groups, and sometimes we were we separated by family unit.  No matter what, everyone was entertained and that was key to a relaxing trip. 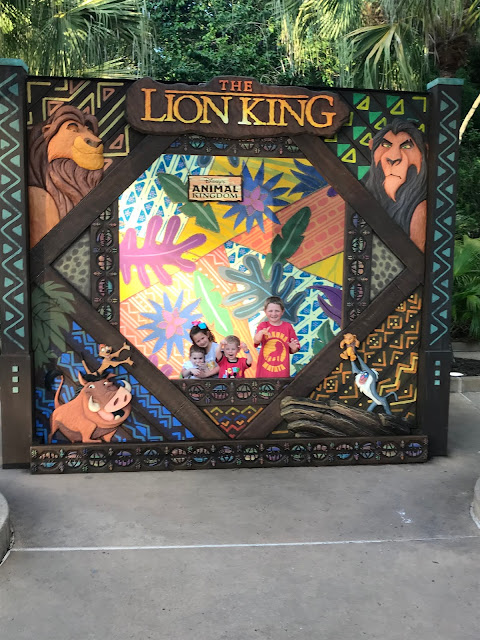 We ended up walking nearly 11 miles on Animal Kingdom Day and left the park completely exhausted but in the very best kind of way! Every time we visit this park it grows on us a little more and our kids absolutely agreed that this was one of the very best days they had this trip.  Suffice to say, my advice is to ignore what you read about it being a "half day park."  Disney has done an amazing job making it more of an all-day adventure than it was even a few years ago! I suggest to slow the pace a bit, take some rests, enjoy the scenery and have fun!! 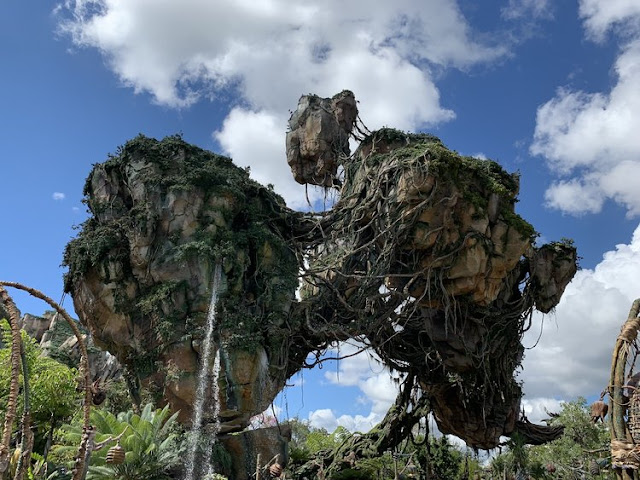 Just like we did every day of this trip, we started off by rope dropping.  We timed it well because as soon as we entered the park, we headed to Pandora-World of Avatar.  We had Fast Passes (FP) for Flight of Passage, so we skipped that impossibly long line and went straight for Na'Vi River Journey.  There was absolutely no wait and we walked right on the ride. Back out in the parks, it was virtually crowd free thanks to the early morning hours and large masses of people headed to Avatar Flight of Passage. 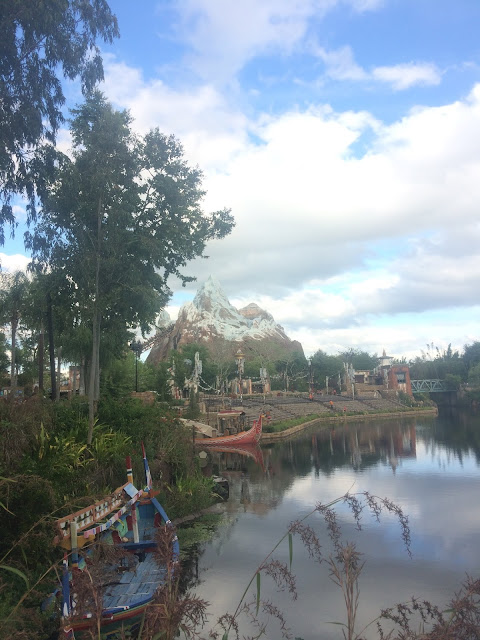 We took full advantage and headed to Dinoland USA where Eli and I walked straight onto Prime Evil Whirl while Eric and Ellie took a trip on the Triceratops Spin.  For good measure, we took a family ride on it as well before heading to Expedition Everest. We actually had a FP for it later in the day, but there was no wait, so we hopped on.  It was a first for both kids.  Eli absolutely hated it, but Ellie thought it was one of the greatest things she had ever ridden.  She's such a dare-devil! 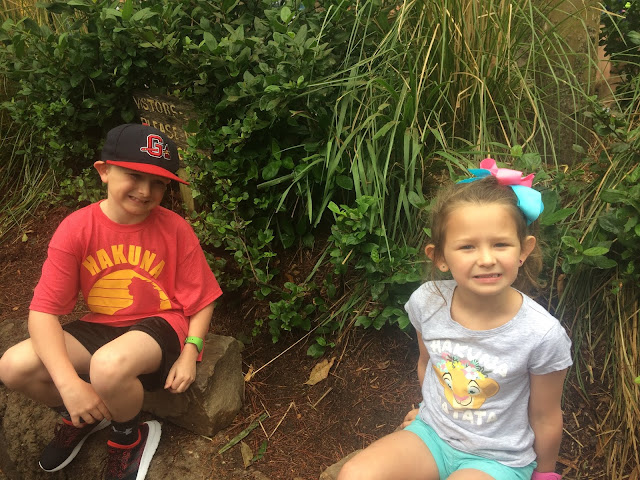 We had just gotten off the ride when my brother and his family walked up to use their FP, so we watched Austin while they rode. While we waited, we enjoyed a popcorn refill and then headed as a group to Kali River Rapids.  Again, there was no wait and I can't remember the last time I had so much fun on a single ride.  We had the time of our lives laughing at the kids who were all experiencing the ride for the first time.  I got SOAKED and the kids loved it. 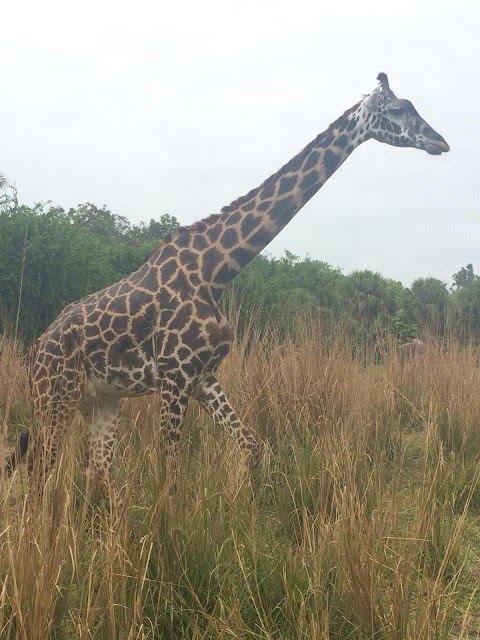 We all met my sister and her family at Kilimanjaro Safaris.  The kids once again loved everything about it, especially getting to ride it with their cousins.  It was a FANTASTIC first experience for Austin and Beau because I don't recall ever getting to see so many animals up close.  Even the lions were moving around.  It was a blast and I would say that it's a must do every year! 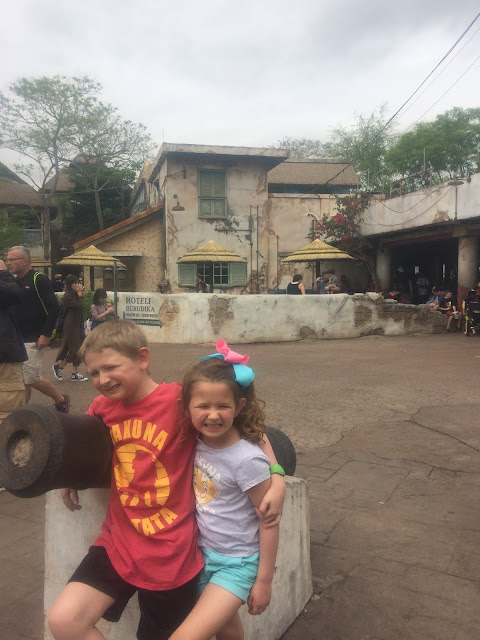 After our little adventure, we split up and the Watson clan went to enjoy a FP on Avatar Flight of Passage.  It was a "first" for both Eli and Ellie, and they loved it.  I think the story line in the Stand-By Que had Ellie a little nervous, so Eric and I set her between us.  In true "Daddy" fashion, Eric held her hand once the ride started and she was fine. If you do nothing else at Disney, this ride is a MUST!  It can't be missed.  It's our very favorite in Animal Kingdom and we're all still talking about it! 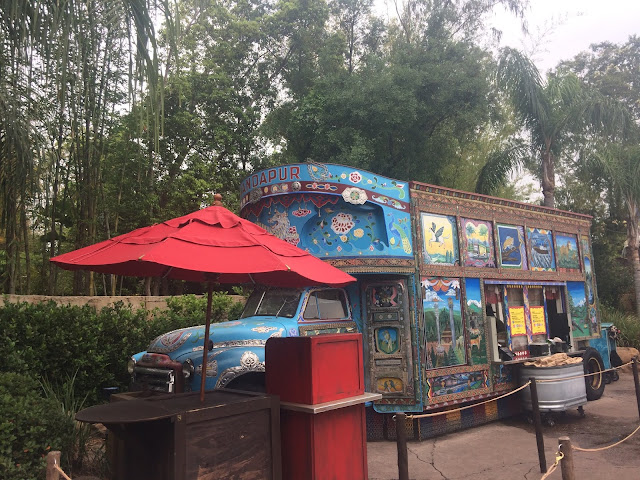 We headed back to Asia after Flight of Passage and tried Yak and Yeti.  To clarify, there is a sit down restaurant and a quick-service counter.  We chose the latter and Eric ordered while the kids and I staked out a table. I will say that the seating area is outdoors and would be almost unbearably hot in the summer months. It was fine for a spring visit, but just and FYI for any summer travelers.  The meal was good, but not the best I've ever had at Disney World.  Of course, I will recap that a little later. 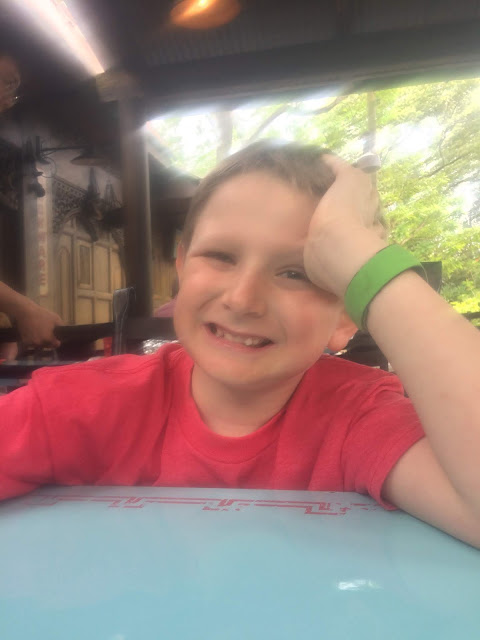 Here's a fun little tidbit about the table area near the restaurant.  When we went back in 2015, Eli was five and Ellie was two.  They were both much too small for several rides, so Eric and I would take turns riding stuff. We swapped on Kali River Rapids and while we waited, I took the kids to a little fountain area where Ellie napped in her stroller and Eli played with a leaf in the water.  To date, it is once of my favorite Disney memories.  We were just taking in all in together...me and my babies.  Look how much this sweet boy has grown! 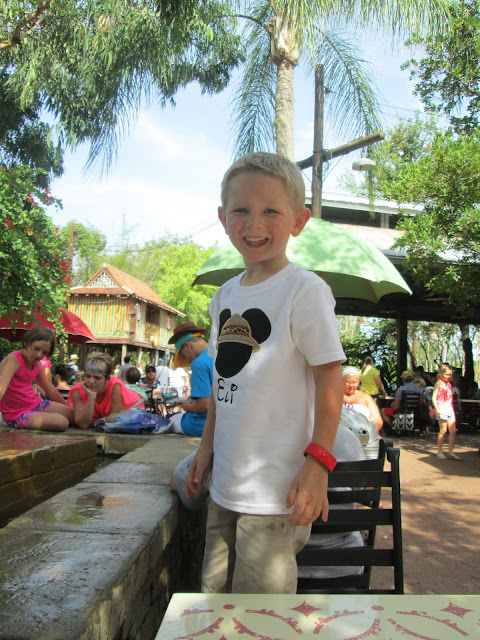 After lunch we tried to get in at Festival of the Lion King, but missed the seating by a few minutes.  While we waited, we headed to It's Tough To Be a Bug.  I knew Ellie wouldn't remember it, and the little prissy thing was so wigged out which was part of the fun because Eli was scared of everything else we wanted to do.  In true big brother fashion, he aggravated the snot out of her trying to make her thinks bugs were crawling all over her. 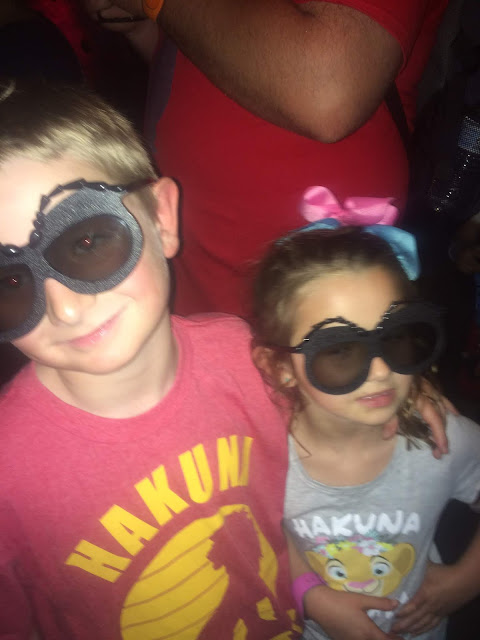 The timing worked out great and we took our time making it back to see Festival of Lion King.  Ya'll, do NOT miss this show.  It's unbelievable!!  I get emotional every time we see it, and the whole family loves it.  It's amazing, interactive, a dark place to cool off and just an incredible experience. 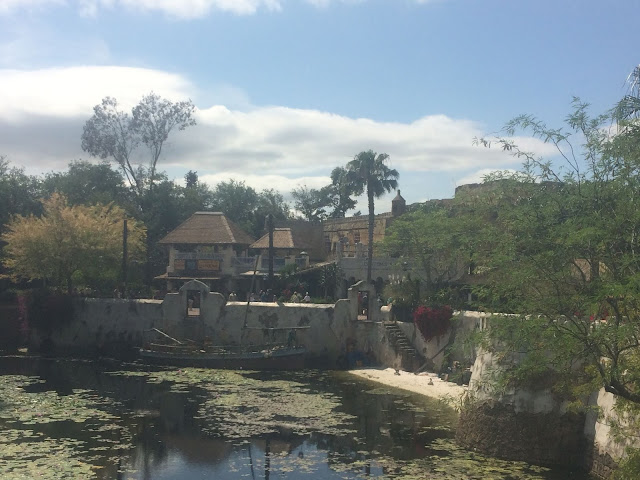 The show ended in plenty of time for us to watch the Up! A Great Bird Adventure Show.  It's basically the same type of show they've always had but they do a good job incorporating the characters of Up!  It's just ok in my opinion, but my kids enjoyed it and it was a nice place to sit while we rested and enjoyed some frozen treats. 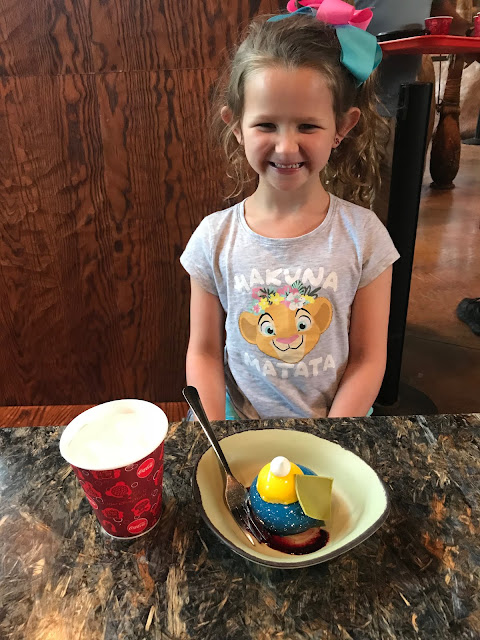 By this point in the day, it was the weird time it's too late to leave and come back because if you sit for even one more minute, you'll crash.  But it's also a little to early to leave for the day.  So we just kind let the kids tell us what they wanted to do.  They both wanted another trip on Kali River Rapids, so we agreed. After that, I took Eli for some quality time Prime Evil Whirl while Eric treated Ellie to our favorite desserts at Satu'li Canteen in Pandora. He texted me a picture while we were in line, and I was so jealous!  Lucky for us, he got me and Eli one when we met them after the ride. 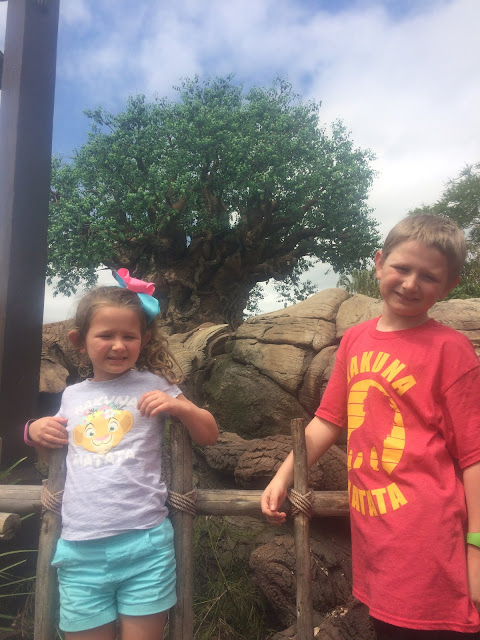 That was about the point we all agreed we were done, so we grabbed a photo in front of the Tree of Life before heading out of the park.  We ended up running into my siblings and their families on our way out and made a plan to grad pizza back at the resort and then meet for an evening swim at the main pool.  It was such an exhausting day, buy also so wonderful!!