Ya'll, I have a confession.  I had a major "mom fail" and allowed my children to eat gummies before bed EVERY NIGHT until about a year ago.  I thought I was treating them to an easy snack after baths, but it turns out that it's the worst thing you can feed your kids because it gets stuck in their teeth and can cause major cavities.  As a result, both Eli and Ellie had to have crowns.  Bless Ellie's prissy little heart, she was thrilled about getting a "crown" until she realized it wasn't the kind you wear on your head. 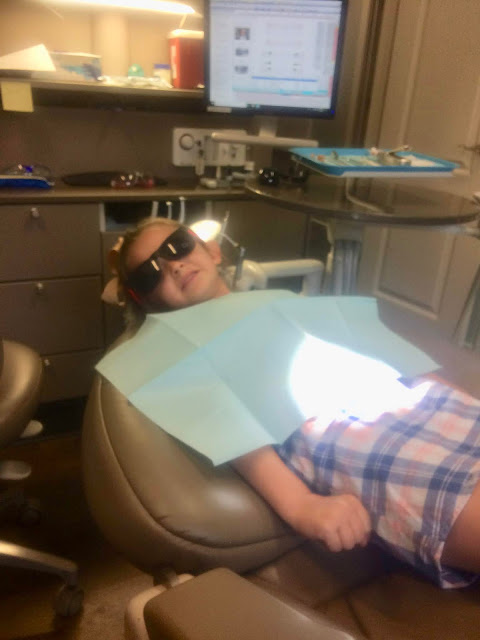 There are two kind of people in the world. They call them Type A and Type B, and I have somehow managed to birthed one of each.  Ellie pulled her crown out eating taffy so she had to have it replaced on the same day Eli was getting his.  He was near tears in the waiting room and asked about 30-million questions.  Meanwhile, Ellie sang to herself in the car. 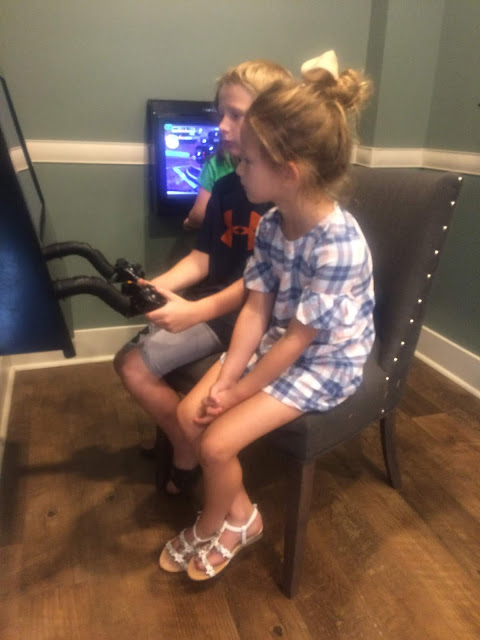 When it was time for the actual procedure, Ellie hopped up in the chair and had hers replaced without gas or even being numbed.  Yes, I realize this was because the hard part had already been done but she was so, so brave. 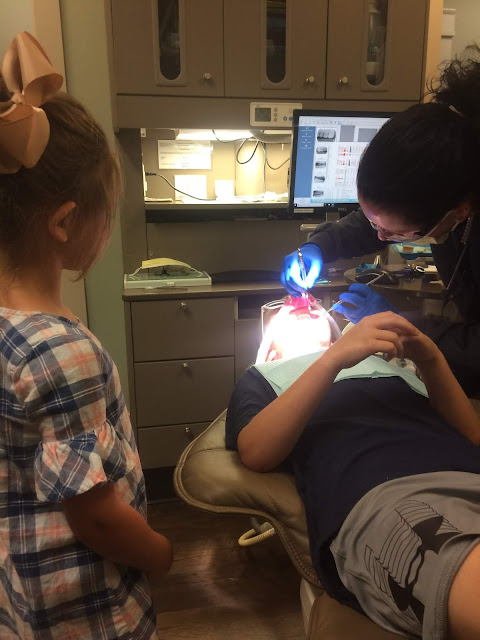 Eli not so much!  I thought they would have to sedate him.  Every time someone came into the room, he gave them the third degree wanting to know what they were doing and whether or not it would work.  It was pitiful! When we got home, Ellie played all day but the trauma was too much for Eli.  He had to rest on the couch in an upright position.

The silver lining in this whole thing is that they are now super motivated to practice good oral hygiene.