Yesterday I mentioned that it's school Spirit Week in honor of Homecoming. We can't resist a good theme, so it's been so much fun getting into the spirit this week! Monday was PJ Day, which is my least favorite because it's such a fine line between cute and trashy, you know?  I'm always worried that I'll miss the mark and send my kids looking like little mud-flatters.  Is that even a thing?  My dad always used that term, so my apologies if it's fake.  Anyway, Ellie wore pajamas but Eli did not so I didn't get any pictures. 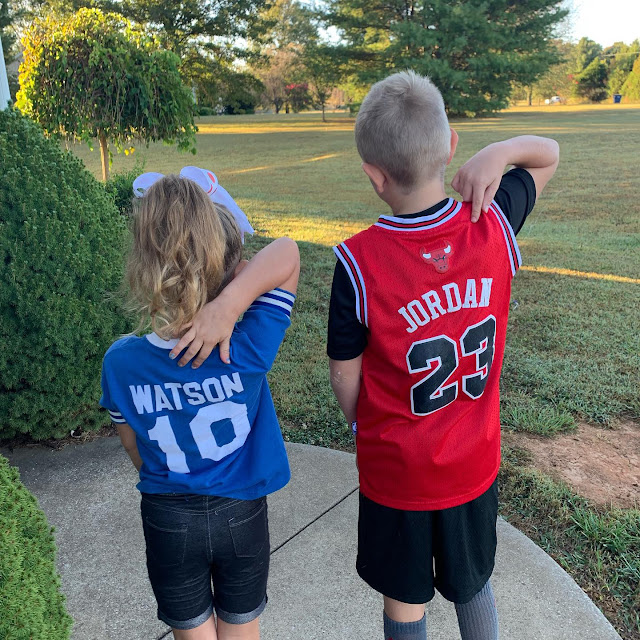 Tuesday was Jersey Day, and we were covered with Eli.  He literally had about a dozen or so to choose from.  Ellie, on the other hand, didn't have a single Jersey in her wardrobe.  I happened to remember that Eric's mom had given us one of his old football jerseys, so I dug it out for Ellie. 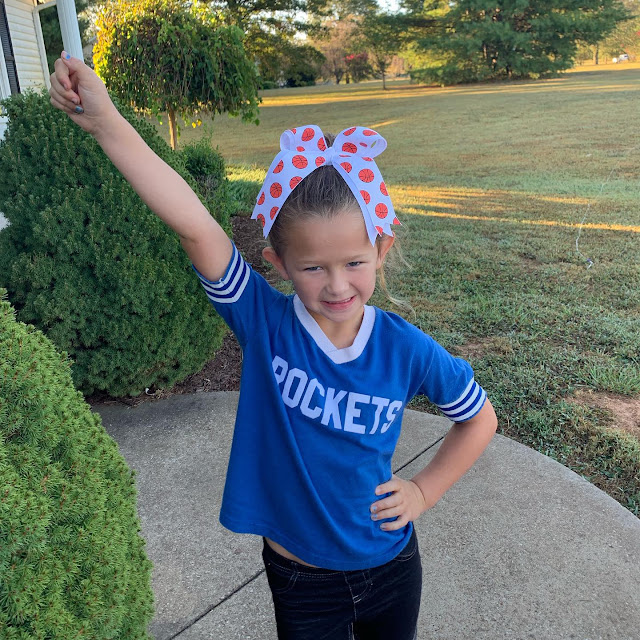 Bless her prissy little heart, she was so excited but also wanted to glam up her look.  We found an adorable pair of skinny jeans and a bow from basketball season.  I turned it around backwards on her head so that it would look like a cheerleading bow, and she was thrilled!  I'm so glad we got to put the jersey to good use. What a sweet little memory for Eric and his mom. 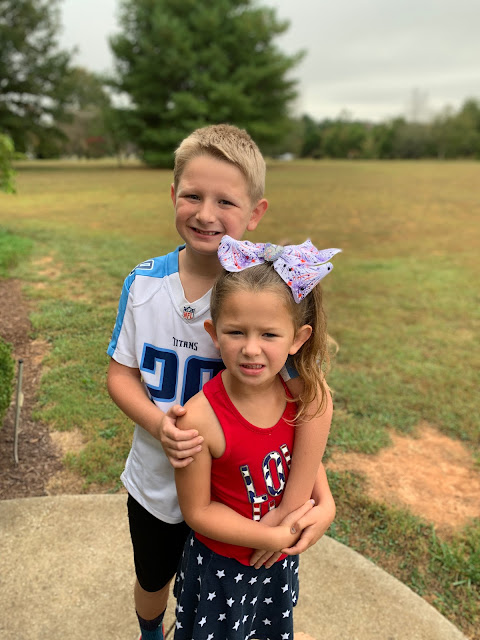 Wednesday was originally supposed to be Camo Day, but then we had picture day.  I showed you that gem yesterday. Even though we have plenty of camo around the house thanks to Eric's hobby of quail hunting, I'm not sure either one of my kiddos would have wanted to participate.  It's probably a good thing that it got axed.

With Camo Day out, we were super excited for USA Day.  We dragged out our Fourth of July wardrobe for Ellie, complete with her light-up bow.  I'm dead serious, ya'll.  It has batteries and everything.  For the life of me, I couldn't find Eli's July 4th outfit, but he was super pumped to wear a Titans jersey and just call it patriotic since it's blue and white. 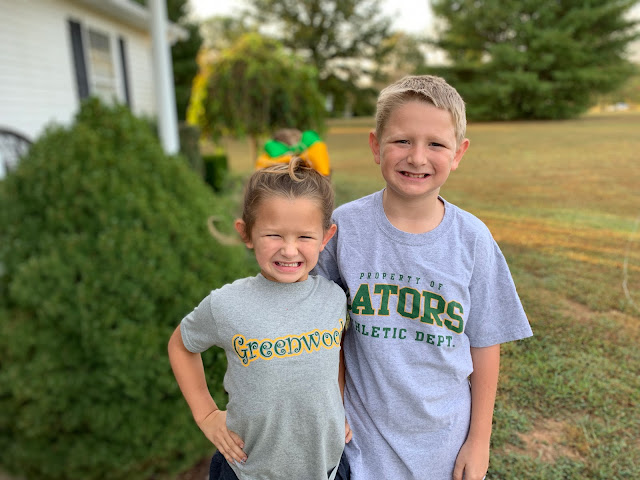 Our final day was Gator Spirit Day.  It was kinda weird not seeing them in blue and gold like they wore last year, but they make cute, little Gators if I do say so myself.