This year for Fall Break, we decided to take it easy and enjoy a nice, little camping trip. The problem is that campgrounds are always packed this time of year.  After weeks of trying, Eric finally secured us a place near Holiday World.  If you remember, we didn't love the touristy campground we visited back in the summer,  so were were thrilled to find a state park less than five minutes away.  It suited our needs and was much more our style. 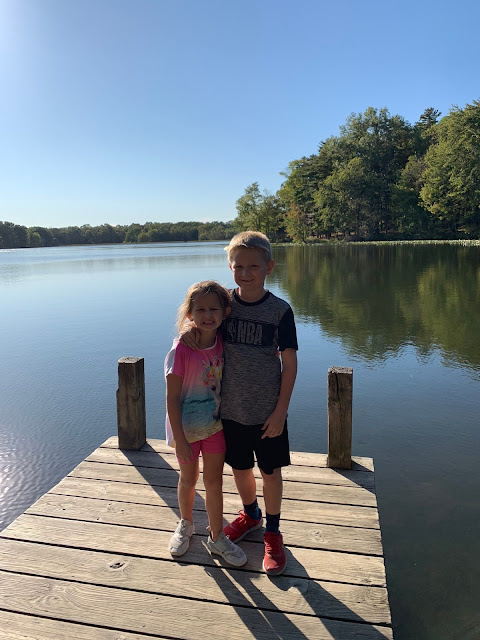 We had originally planned to leave Thursday after work but I ended up having to work that Friday.  Rather than cancel, we took advantage of the kids being out of school and had some quality one-on-one time with each of them.

Eric and Eli headed up to the night before for some "Guy Time" while Ellie and I stayed behind for a "Girls Night." I left work around noon on Friday (our anniversary), picked up Ellie, and we hit the road. 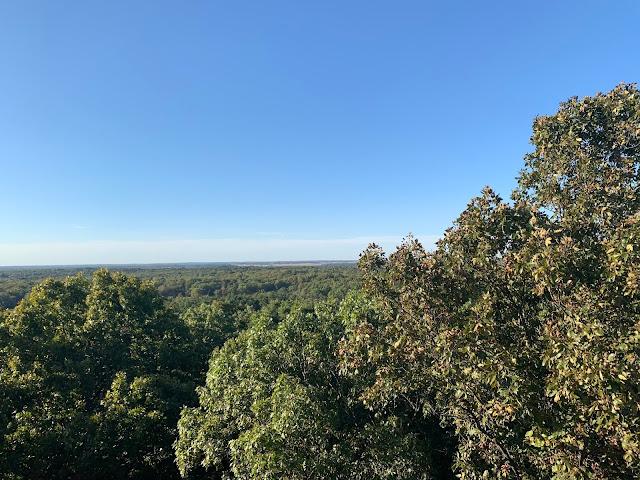 We got there around mid-afternoon and were more than ready to take a hike. Eric and Eli waited on us for the fun stuff, so once we arrived, we grabbed some water bottles and headed up a trail that took us around and the lake and to a fire watchtower. The hike in and of itself was fairly difficult, but my goodness, the climb to the top of the tower had my legs like jello. 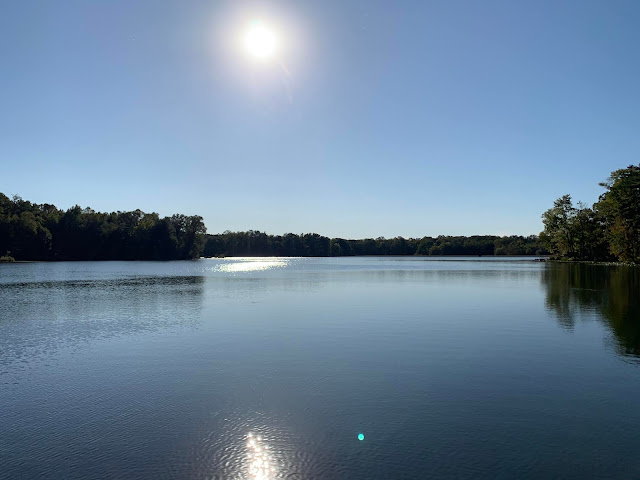 Eli loves the idea of an adventure but he doesn't actually love the risk that sometimes along with it. Once we finally made it to the watchtower, he promptly announced that he would not be joining us. We had to all but drag him up the steps! 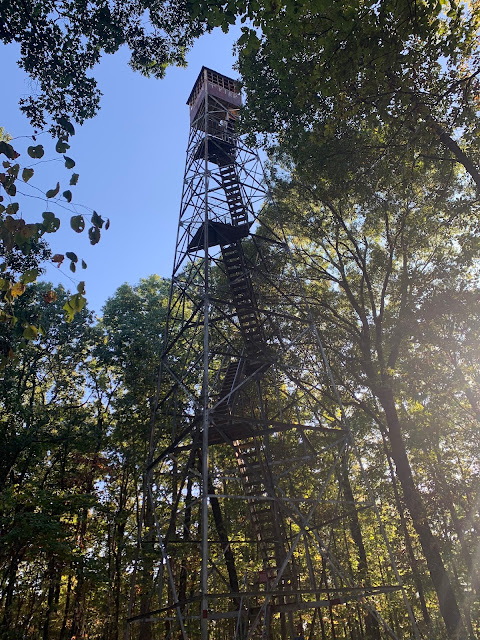 In his defense, I got a little nervous myself.  I'm not typically one to be weary of heights but these were TINY, narrow steps that were decades old. One rotten spot and we could have fallen straight through.  Luckily, it was in good condition and we had an amazing view once we reached the top! 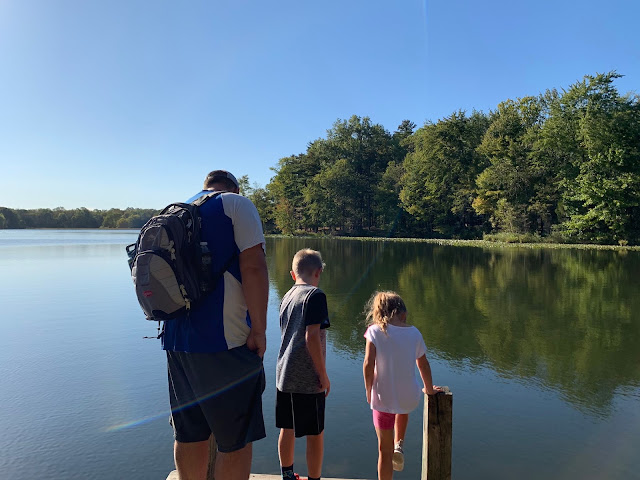 After such a difficult climb to the top, we took our time making our way back to camp. The forest and lake were so pretty with their early fall colors and we were in no hurry to make it back.  That's the most wonderful thing about camping, we are on our own time! 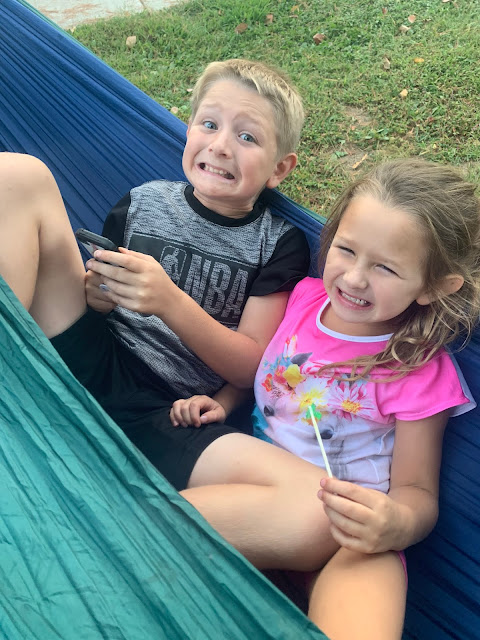 We had originally planned to cook dinner but the thought of Mexican sounded so much better! We remembered a great restaurant from our trip this past summer and headed back to the exact location.  It did not disappoint! 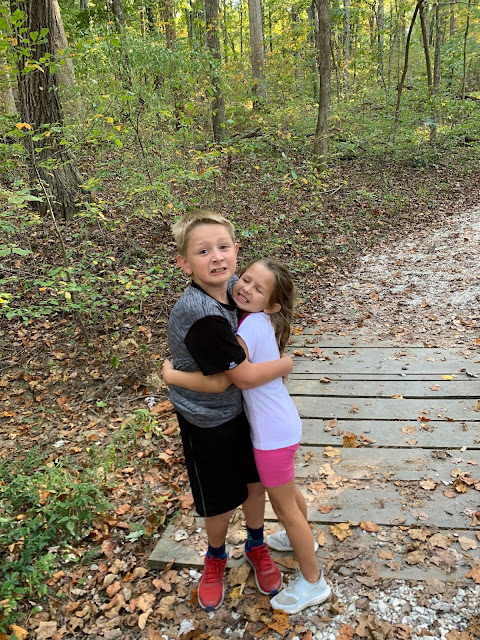 After a quick stop to pick up a few things for the next day, we enjoyed family game night back at the camper. That's always a favorite for us, even if we are a little overly competitive.
at 7:30 PM