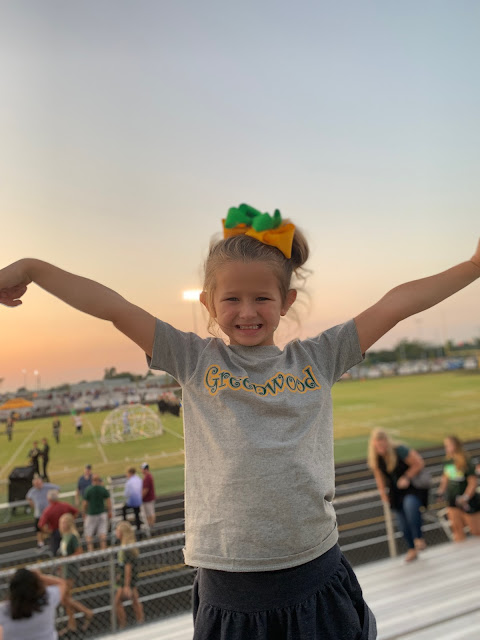 As I've mentioned several times, last week was Homecoming for Greenwood High School.  Eli was extremely vocal all week about wanting to go watch the game.  I think going to a new school, he just wanted to belong to a team and rally around them.  He also thought several of his new buddies would be there, but we didn't end up seeing anyone there. 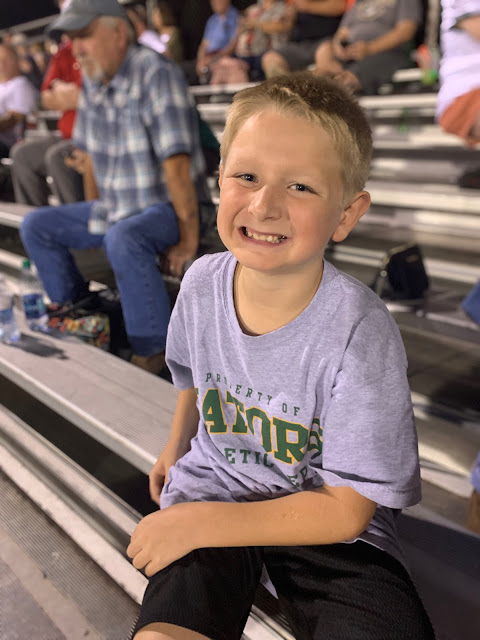 After trying with no avail to convince the kids that we should just stay home and play games, we finally caved and took them to the game.  It went as you might expect.  Eli talked non-stop and asked Eric a million questions while Ellie took about ten thousand bathroom breaks and begged for all the candy from the concession stands. 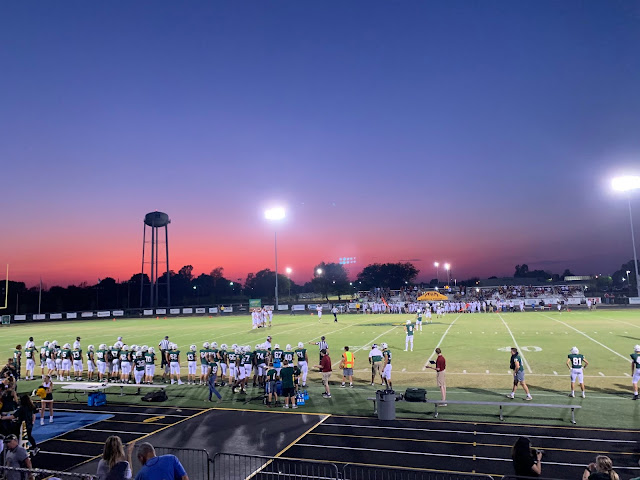 We tried to tough it out but by the middle of the third quarter, we were done!  We ended up leaving early and heading to Cracker Barrel for dinner.  Back at home, Eric set up the projector and we wrapped up the night by enjoying a movie out on the patio. Ellie fell asleep and Eli stood us up to play Fortnite, but it was still the most perfect way to end the week!
at 7:30 PM