We are officially on week four of quarantine, so now is as good a time as any to recap the past few weeks!  This will probably not be the most entertaining post but I want to record it for my own memories.

The first week of self isolation was kinda touch and go.  It wasn't really bad, but it wasn't very easy either.  For starters, I am NOT a teacher.  Kudos, by the way, to our amazing educators!  You are incredible!! 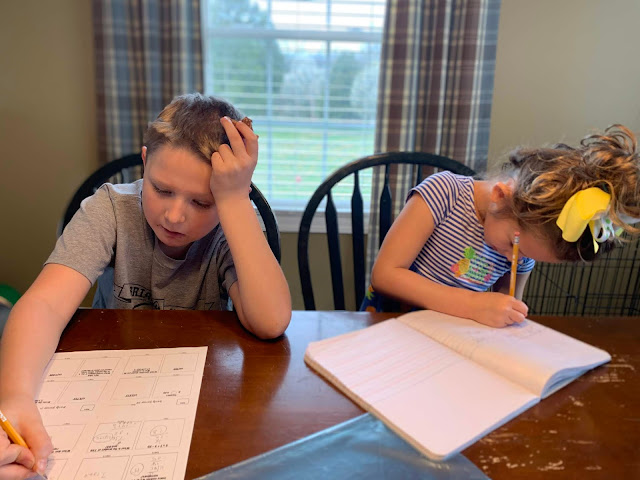 On top of trying to figure out the whole "at home" schooling situation, everything with my job remained extremely fluid. That first week, I worked a lot of hours and to be honest, it was a wonderful reprieve from dealing with the reality of the virus. I would wake up early and work from about 6 am until 9:30 or 10:00.  Then I would homeschool the kids until lunch, take a daily conference call around 1:00 while the kids played and then finish up any chores or incomplete school work. 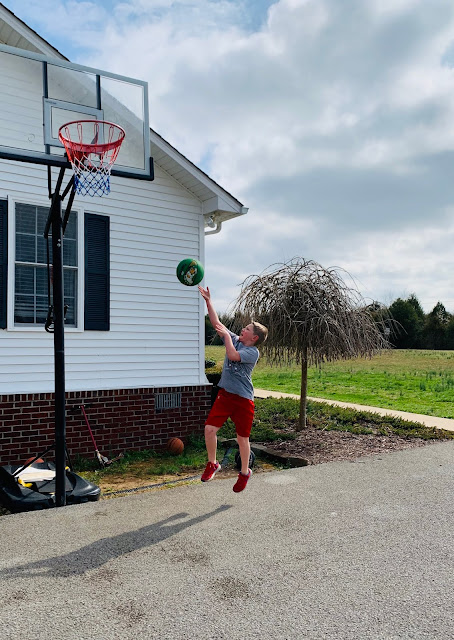 At 4:00, I would listen to the Governor's daily press conference while folding laundry.  Then we would leave to meet Eric in his work parking lot where we would switch the kids and I would go into the office to finish any work that needed completed. Typically I would leave around 7:00 to head home.  During that first week, there continued to be a grocery shortage, so I would make a run on my way home if needed. 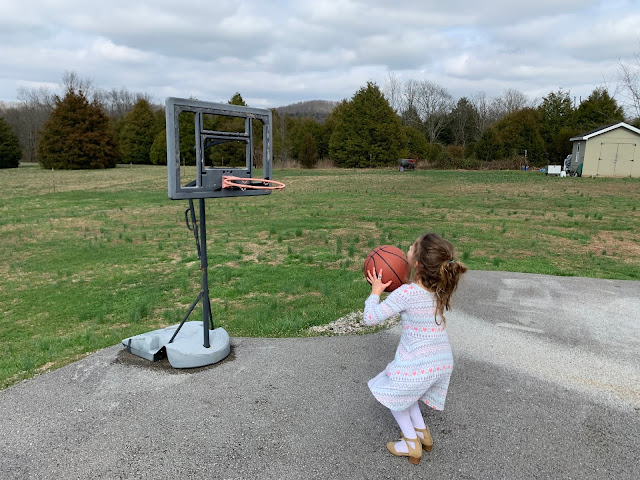 Of course, by the time I made it back each evening I was exhausted mentally, physically and emotionally. We implemented an 8:00 quiet time for that reason. The kids didn't have to go to bed, but they did have to go to their rooms and be quiet. Eric and I were two ships passing in the night and just need that last hour or two to unwind, talk, and relax.  Even though it was a major adjustment, it worked out really well. 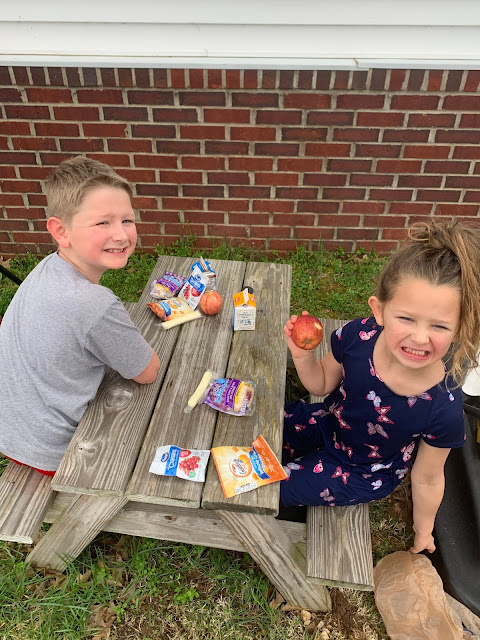 The first week was extremely emotional for me personally because I had to wrestle with the fact that our plans to build a new home could be infinitely postponed.  That was hard to swallow and I'll get into it more when I write about the house, but letting go of that "dream" was difficult.  We had worked so hard and for so long only to have our plans destroyed by this. I knew we were lucky to be healthy and have jobs, but I still struggled with disappointment.  Thankfully, it was such a busy time that I didn't get to wallow in self-pitty. 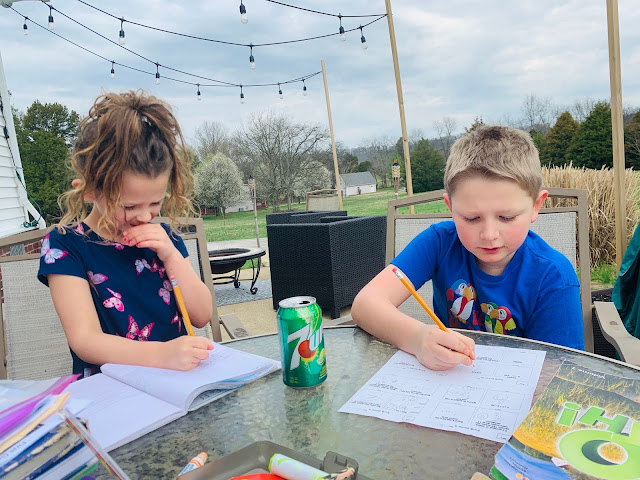 The Thursday and Friday of that first week were already scheduled days out of school, so we took full advantage and relaxed.  The kids played, I worked, we celebrated our new normal!  The weather was finally warming up a bit too, so we tried to take advantage as much as possible.

We continued to adjust since.  Eric and I are working odd schedules, so we don't really have a "normal" right now.  But who does?  We are making the most if it and learning as we go.
at 8:36 AM